Poetry Reading: Visions of the Trilline

Poetry Reading: Visions of the Trilline 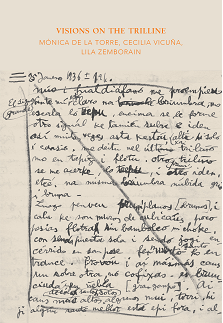 In conjunction with the show The Art of Friendship: Borges and Xul Solar, Mónica de la Torre (poet and translator), Cecilia Vicuña (visual artist and filmmaker) and Lila Zemborain (poet and critic), accompanied by Christopher Leland Winks (translator), will read the poems especially commissioned for the exhibition’s catalogue, as well as explain their composition process. The poems are inspired by Xul Solar’s San Signos, a book based on the artist’s astral voyages written in neo-creole.

The event will be held in Spanish and English with a reception to follow. This event is part of the KJCC Poetry Series.