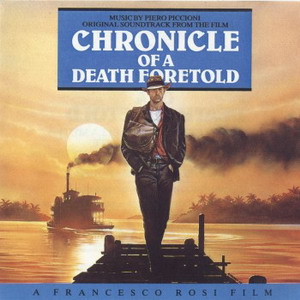 Chronicle of a Death Foretold by the renowned and acclaimed Nobel Prize winning author, Gabriel García Márquez is the story of a spectacular wedding, followed by a stunning scandal and a savage murder of which everyone in a small Latin American town is an accomplice. When the story starts, Santiago Nasar is already dead, because he knows that the Vicario’s brothers are going to kill him. In fact, they have already done so, to avenge their sister’s honor, but the novel ends when Santiago Nasar dies. In this theatrical adaptation, conceived and directed by Jorge Alí Triana, the drama takes place in a bullring.

Jorge Alí Triana’s Chronicle of a Death Foretold by Gabriel García Márquez opened at Repertorio Español in 1999 and has sold out in more than 500 shows, as part of Repertorio Español’s repertory and on tours around the United States. This adaptation has been presented in Moscow, Australia, Nicaragua, Panama, Venezuela, Mexico City, Guadalajara, Costa Rica, Quito and Lima.