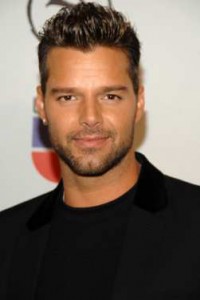 (Editor’s Note: We don’t have any pictures of Ricky Martin naked. We tried. But this is the report. To whoever gave us the tip — NEXT TIME, SEND PICTURES! — Ed.)

In an interview with the British program This Morning, singer Ricky Martin revealed that he was seen naked by some fans in his hotel room. The story goes that the Puerto Rican hottie was walking around naked in his hotel room and heard a strange noise. He suddenly realized that it was coming from the ventilation system, where a few fans were hiding out. Martin also said “I was walking naked around my room and I heard this noise. I said to myself ‘someone in this room.’ They were on the ventilators. They found a way to get into the ventilation of the room.” He was initially shocked, but quickly got dressed. Martin even signed autographs and took pictures with his fans.