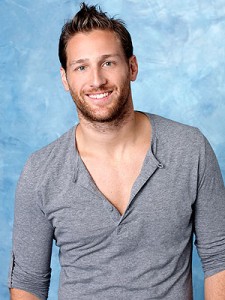 Finally! A Latino bachelor contestant on the 18th season of ABC’s “The Bachelor.” It was confirmed Monday on the finale of “The Bachelorette” that Venezuelan professional soccer player Juan Pablo Galavis would be the next bachelor searching for love.

The 32-year-old single father to his 4-year-old daughter Camila, was eliminated in Episode 6 of the latest season of “The Bachelorette” with Desiree Hartsock.

ABC stated “his Spanish accent, good looks, salsa moves and undying devotion for his daughter,” are reasons why they chose Galavais for next season.

Host Chris Harrison stated during the Monday night special “In the history of this show, no guy has made a greater impact with less screen time.”

At first Juan Pablo wasn’t sure about becoming the new Bachelor, “It was hard to make the decision,” he told Harrison. “I’m going to find hopefully the person who is going to join me and my daughter. That’s what I’m looking for.”

“That mom for [my daughter] Camila and someone I can spend many years [with] together,” he added.