She died yesterday afternoon at Mount Sinai Hospital in New York, where she was rushed after she stopped breathing during surgery on her vocal chords at an endoscopy clinic on Aug.28.

Joan Rivers had been unconscious and on life support, in critical but stable condition, for a week. She was stable enough to be moved out of intensive care into a private room yesterday.

Unfortunately, Rivers was unresponsive after several days in ICU and in a statement by her only daughter Melissa Rivers, she announced the sad news of her mothers passing.

“It is with great sadness that I announce the death of my mother, Joan Rivers,” Melissa Rivers said in a written statement today. “She passed peacefully at 1:17 p.m. surrounded by family and close friends. My son and I would like to thank the doctors, nurses, and staff of Mount Sinai Hospital for the amazing care they provided for my mother.”

Melissa Rivers added that she and her son, Cooper, who is Joan Rivers’ grandson, “have found ourselves humbled by the outpouring of love, support and prayers we have received from around the world. They have been heard and appreciated. My mother’s greatest joy in life was to make people laugh. Although that is difficult to do right now, I know her final wish would be that we return to laughing soon.” 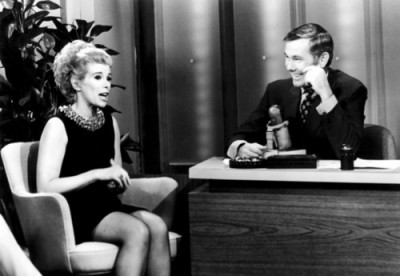 An entertainment legend, Joan was the first woman to break the glass ceiling of Late Night Television. After she was chosen to be the only permanent guest host on The Tonight Show for three years, she then went on to become the first woman ever to host her own late night talk show, The Late Show Starring Joan Rivers on the Fox Network.

After creating and hosting Live from the Red Carpet for the E! Network (1996-2004), Joan returned to anchor their hugely successful franchise Fashion Police, hosting both its hour-long weekly broadcasts and its awards-season specials, and reaching more than 10 million people worldwide. From hot new trends to red-carpet risks, Joan hilariously took viewers through a recap of the week’s celebrity fashion and ultimately decides who sizzled and who fizzled.

It was in 1990 that Joan launched the Joan Rivers Classics Collection of fashion jewelry, apparel and accessories on QVC, and was honored with an ACE Award for her work by the American Accessories Council. Joan’s collection was an instant, enormous success and remains so today not only in the U.S. but also on The Shopping Channel in Canada.

Joan also dominated the world of reality television with her daughter, Melissa Rivers, in their weekly hit series on WEtv, Joan and Melissa: Joan Knows Best? – now in its fourth season. This inimitable duo addresses the question that has plagued daughters since the beginning of time: Does mother truly know best?

Joan recently broke new ground with her cutting-edge weekly web series, “In Bed with Joan,” which featured intimate interviews with actors, singers and rising comics. Launched in 2013, in its first year alone, In Bed with Joan has already garnered critical acclaim.

Joan also gave her time and contributions to charities and organizations she believed in and encouraged others to do the same. She continued to work tirelessly on behalf of charities that are close to her heart: God’s Love We Deliver, The American Foundation for Suicide Prevention and Guide Dogs for the Blind to name a few. Joan was also an advocate for Equality and Gay rights. She also dedicated her time to the National Osteoporosis Foundation and Wounded Warriors, among other remarkable organizations.

Joan Alexandra Molinsky was born in Brooklyn on June 8, 1933, to Meyer and Beatrice Grushman Molinsky, immigrants from Russia. Her father, a doctor, did comic impersonations of patients. Her mother insisted on piano lessons and private schools for Joan and her sister, Barbara, who grew up in Brooklyn and Larchmont. Joan attended Adelphi Academy in Brooklyn, Connecticut College for Women and Barnard College in Manhattan, graduating Phi Beta Kappa in 1954 with a degree in English.

Her parents refused to support her acting ambitions, and she struggled for years in office temp jobs while taking small parts off-Broadway. She became a stand-up comic to support her acting, working in grimy cafes and small clubs, and was fired often. But she liked comedy and was good at it. She developed fresh routines based on her experiences and observations, changed her name to Rivers and got a few breaks

She married Mr.Rosenberg in 1965 and later gave birth to her (only) daughter Melissa in 1968. In addition to her daughter, she is survived by a grandson, Cooper.

Our sincerest condolences to the Rivers family.