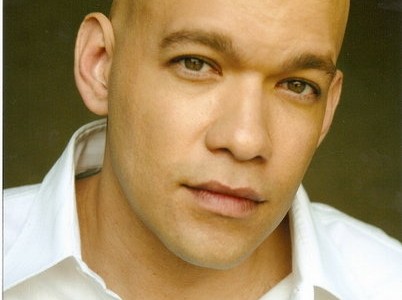 Thanks to the Bronx native and film and television actor, Gabriel Salvador, boxing fans from all over the world will finally see the Mayweather-Pacquiao match that many thought would never happen.

“Every tree starts with a seed, correct,” Salvador said to the Los Angeles newspaper, LA Times. Salvador, who has appeared on TNT’s Rizzoli & Isles, CSI: Crime Scene Investigation and the film All Night Bodega, is the man responsible for bringing together two key people that will present the greatest boxing fight in the past decade.

“I just knew, with no doubt, that if I brought Freddie Roach to Leslie Moonves, those two men could make the flight happen,” said Salvador, a DeWitt Clinton High School graduate in the Bronx. “I’m the finder.”

So how did Salvador, a Bronx native of Puerto Rican and Polish-Jewish decent, become the spark plug that reignited the two camps to talk? Well, besides being an actor, Salvador is a waiter at the Craig’s restaurant in West Hollywood where he occasionally serves Leslie Moonves, the CEO of CBS – which is the parent company of Showtime. The undefeated boxing champ, Floyd Mayweather, has a contract with Showtime to showcase to more fights. Moonves, who loves boxing, has brief conversations with Salvador about the sport while at the restaurant.

“You’re the king of making things happen,” Salvador told Moonves. “I’ll bring Freddie Roach to you.” Salvador set up a meeting at a Beverly Hills hotel.

But of course Salvador cannot take all the credit for making this fight possible. Most of the credit goes to Moonves, the CEO with strategy, negotiation and contract experience.

The welterweight title unification bout is expected to earn more than $400 million. According to ESPN the live gate for the Showtime/HBO pay-per-view fight at the MGM Grand Garden Arena in Las Vegas will generate an astounding $74 million from just ticket sales.

Because of Salvador’s efforts he will sit ringside (the seats are expected to be worth more than $5000) with Moonves for the Pretty Boy Floyd and Pac-man fight May 2.

The stars must be aligned for Salvador, who will have a reoccurring role as a guest star on Fox’s show “Bones”.

“I feel lucky and honored to have been given this opportunity in my career,” says Salvador. “I am so thrilled that FOX and the producers of Bones have entrusted me with a powerful role.”

New Birth of the NYC Dominican Parade and End of an Era
TOBY LOVE: “BACHATA IS THE BEST”
Translate »
%d bloggers like this: