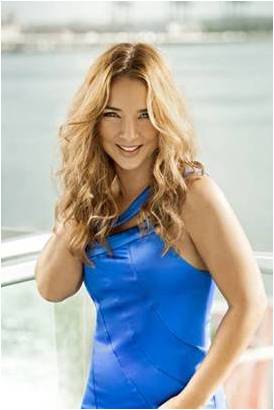 Time Warner Cable presents New Yorkers a unique opportunity to meet Telemundo host, Adamari Lopez, from the morning show Un Nuevo Día. Beginning at 5PM on Thursday, December 20, the first 350 people at the Union Square Best Buy store will have a chance to take a photo with Lopez and get an autographed photo. Lopez is the newest addition to the Spanish-language morning show on Telemundo.

**Be one of the first three hundred and 50 (350) persons at the Best Buy Union Square Retail event on Thursday, December 20th, starting at 5:00PM EST and you will receive one (1) wristband allowing you entrance to meet Adamari Lopez. Wristbands will be handed out until 6:00PM EST or until all have been distributed (whichever comes first). Limit one (1) wristband per person. Not responsible for lost, mutilated or stolen wristbands. Limit one (1) autograph per person. The Adamari Lopez meet and greet takes place from 6:00 p.m. EST – 7:00 p.m. ET on December 20, 2012. Talent appearance subject to available and change. Time Warner Cable and Best Buy are not responsible or liable for, and is hereby released from, any and all costs, injuries, losses or damages of any kind, including, without limitation, death and bodily injury, due in whole or in part, directly or indirectly, to the use of the wristband or attendance at the meet and greet. Wristbands are not redeemable for cash or credit. Time Warner Cable and Best Buy reserve the right to deny a wristband to any person or to deny any person with a wristband entry to the meet and greet for any reason. WRISTBANDS CANNOT BE SOLD, TRANSFERRED, AUCTIONED OR TRADED FOR ANY REASON.