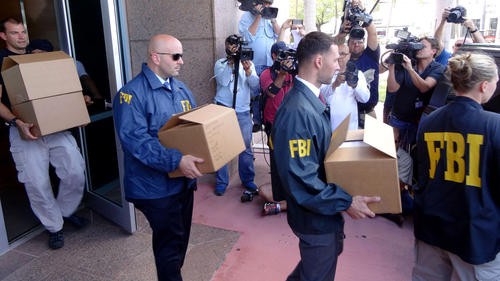 The news was not really that unexpected. This week six FIFA executives were arrested in Switerland. A few hours later in New York City, the Justice Department unwrapped a 47 count indictment targeting 14 defendents. The central case revolves around certain FIFA officials accepting bribes totaling in the neighborhood of 150 million. FIFA is the organization that runs World Soccer including the FIFA World Cup.

“It spans at least two generations of soccer officials who, as alleged, have abused their positions of trust to acquire millions of dollars in bribes and kickbacks.”

The brunt of the action has focused on defendents from North and South America (CONCACAF and CONMEBOL.) This has re-fueled the fire of suspicion around the awarding of the 2022 World Cup to Qatar to vote buying. The loser from that was the United States, who was pursuing hosting rights for that cup. Included in the group being accused is Charles Blazer, a former FIFA executive.

The interesting thing about the investigation is that its current President, Joseph “Sepp’ Blater, who was just elected to his fifth straight term as President, is treating the seriousness of the allegations with apathy and arrogance.

“We will continue to work with the relevant authorities…to root out any misconduct.”

This implies that FIFA leadership is not taking this seriously. But maybe they should be. Corporate sponsors are hedging about renewing contracts. Visa, Inc. is demanding changes or risk losing them in 2022. Adidas, McDonald’s, and Coca-Cola have expressed concern. Coca-Cola responded by saying that this scandal

“has tarnished the mission and ideals of the FIFA World Cup.”