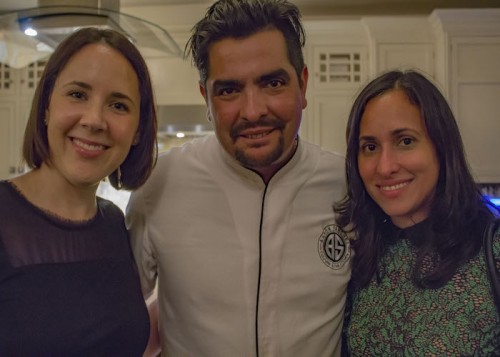 Chef Aarón Sánchez, of “Iron Chef” fame, may be one of the most celebrated Mexican-American culinary experts around the world, but it wasn’t until about a year ago that he decided to make dishes celebrating his Mexican roots.

Like many cooks, the Iron Chef’s love for cooking came from his family.

“My story is not so strange from many Latin families,” says Sánchez. “I grew up in a household where food is central. That is the way we commune,” says Sánchez. 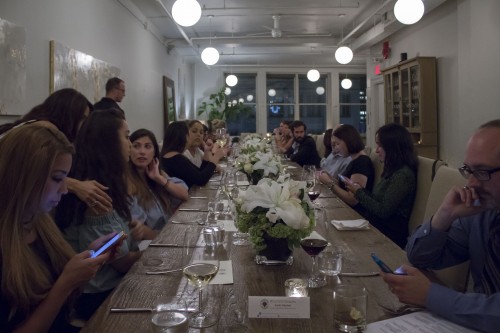 As a child, Sánchez’s family lived off the land and spent time taking care of animals on the isolated parts of Chihuahua, Mexico, and cooking became the pastime for his family.

“I had three aunts and they rode horses every day and they took care of cattle and my grandmother would cook. That is where the love of cooking was born, with my mom and my aunts,” says the television personality.

For the budding food connoisseur, home life in Chihuahua didn’t always remain idyllic, but things did change for the better.

As I grew up we moved from Mexico to Texas and I really started to grasp how important food was for us as a family. My mom became a caterer and social worker, divorced my daddy when I was three and took me and my twin brother in the catering van to El Paso. With just an opportunity and a job, she ended up becoming the most recognized Mexican chef in the country, all through hard work and recreating the food she grew up eating as a child.”

Despite being inspired by his mom, Zarela Martinez, as she transitioned from a caterer to a chef and then restaurateur of the famous Café Marimba in New York, Sánchez knew he had to fly the coup to seek out his own path in the food world.

As a young man, I felt the absolute need to separate myself from my mom’s shadow. That is why I started to embrace other Latin foods like Peruvian, South American, and Caribbean dishes. That became a lot of my focus so I could establish my own identity culinarily. I remember that being an early motivation early on in my career, and that is why I worked in the kitchen at Patria with Douglas Rodriguez right here in New York. It was the first Latin restaurant to ever get three stars and I was a part of that.”

After traveling throughout the United States and abroad Sánchez felt that he was finally ready to make food from his home country of Mexico.

“I guess when I moved to New Orleans a year ago…and studied enough, I felt it suffice for me to tackle Mexican food as a genre. I didn’t want to tackle that food unless I was prepared, and now that I’m in my 40s I felt like it was time,” says Sánchez.

As a chef, trying out new and different ingredients to put a spin on an old recipe have been one of Sánchez’s favorite things to do, and that is why his collaboration with Grapes from California, a community of grape growers, remains a fruitful one.

This is the second year that Grapes from California worked with chef Aarón. It is always our mission that we find chefs that not only have a passion for cooking but a passion for grapes. It’s very evident whenever we work with chef Aarón, that it is more than just a dish that he is creating, he is creating a meal,” says Jeff Klitz, a representative with the California Table Grape Commission.

It is not only Sánchez’s mission to make great meals but to use food picked according to proper labor laws.

“As parents, we always struggle to find fresh food in the cold months…Grapes from California are actually available from May to January,” says Sánchez. “I’ve seen how these grapes are grown and the practices behind how they are harvested, which is important to me, so they are just doing it the right way, you know,” he adds. 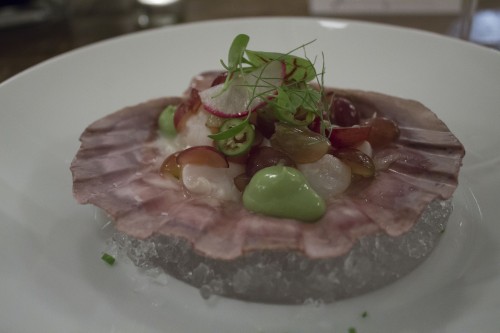 “He is finding nuances with every ingredient. It is a great pairing because Grapes from California are very versatile and you can use them as snacks, in salads, in meals, but he finds ways that we haven’t even thought of because he is chef Aarón,” says Klitz.

When asked which meal was his favorite, Klitz responded, “that’s like what do you like better, winning the lottery or having immortality.”

To get the recipes to Chef Sánchez’s three meals you can go to www.grapesfromcalifornia.com.

A.J. LEE: WHAT WE LEARN ABOUT HER IN “EVOLUTION OF PUNK” DOCUMENTARY
‘Harvest of Empire’: Book to Documentary
Translate »
%d bloggers like this: