BECKY G IS A POWER RANGER

BECKY G IS A POWER RANGER 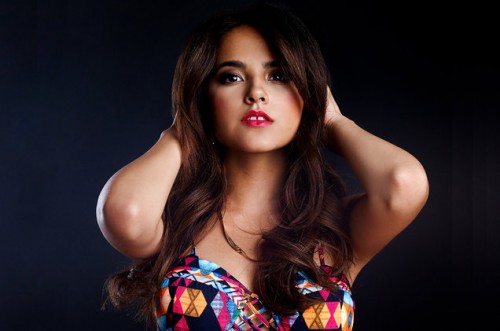 The reboot of the Mighty Morphin Power Rangers franchise is upon us. Making the cut is a singer of Mexican descent who literally launched her music from a garage. Meet Becky G.

Rebecca Marie Gomez, a winner of Radio Disney and Premios Juventud awards for her song, “Shower” will be playing Power Ranger, Trini. It’s the culmination of an entertainment career built from necessity.

Rebecca, at nine, suffered a serious setback when financial problems caused her parents to sell their home and move into the garage of her grandparents. However Rebecca stepped up to contribute by using her talents to land voice-over and commercial jobs.

This would lead her to utilize social channels like You Tube and participation with girl groups such as G.L.A.M to ignite a singing career that shot her into the spotlight with a 2015 Artist of the Year nomination at the Billboard Latin Music Awards.

check out her youtube video with over 12o Million views!

Now, Gomez with the momentum of a career best role in Power Rangers to go with her first ever Latin single, “Sola” released this past June, everyone now knows who is behind the mask. It’s Becky G. So this Power Ranger on screen and in life has proven that being a go-getter has it’s own rewards.

‘Vlad’, the First Dominican Sitcom in the US
Elena of Avalor: The Top 7 Things You Should Know
Translate »