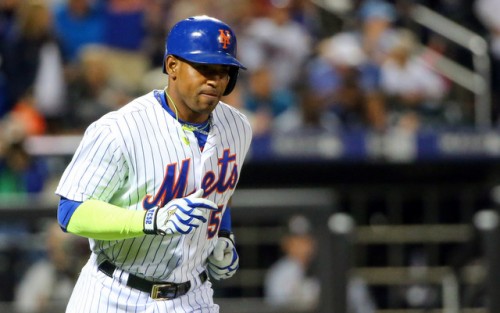 The New York Mets slugger, Yoenis Cespedes, who re-signed for a good amount of money has made alot of noise in Port St. Lucie, Florida. But its not for anything on the baseball diamond. Cespedes has gone on a buying splurge that has made the Cuban outfielder the trend of the pre-season in 2016.

Cespedes already has spent with the same bombast his home runs provoke. Jewelry has been the obvious choice. But rivaling his ranch and accompanying mansion and golf course, Yoenis has provided a free car show in the sunshine state.

And they are hard to ignore whether it’s the Polaris Slingshot three-wheel motorcycle, a fire-breathing Lamborghini, or the Ford F-250 pickup truck, one can clearly see what $20 million dollars can do for the ego.

But Cespedes has now added a personal animal farm which contains chickens, cattle, and horses, and now the most expensive pig since Charlotte’s Web. At 7,000 dollars, Cespedes acquired a grand champion pig. Before you judge his excesses, one only has to recall his deprived life.

“In Cuba, I didn’t even have a bicycle.”

Cespedes has also been diverse in his transportation choices to spring training as he, along with other Met teammates, have arrived by horse as well as car. One thing Yoenis has been able to accomplish is to make a traditionally boring period of the baseball season entertaining. At least when all his toys become tiresome or his properties become harder to maintain, Yoenis is guaranteed at least to eat like a champion.