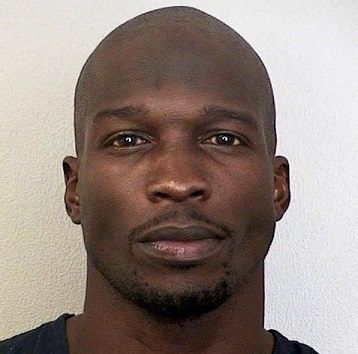 Chad “Ochocinco” Johnson was arrested today after turning himself in on charges for violating probation from his domestic violence incident with ex-wife Evelyn Lozada on Aug. 11, 2012. He allegedly failed to report to his probation officer twice and had no proof of enrollment to a domestic violence education course.

“As far as the warrant, it caught me off guard,” Johnson told the court Monday. “I was under the impression after seeing you the last time that all I had to do was my classes based off the wording…That’s what I did. I didn’t do any of this on purpose. I did everything I was supposed to do, and that’s all.”

The Broward County judge issued a $1,000 bond and Johnson was released after posting bail.

The 35-year-old former wide receiver for the Miami Dolphins was initially charged with misdemeanor battery for head-butting Lozada after she allegedly confronted him after finding a receipt for a box of condoms in his vehicle.

Johnson’s next hearing is set for June 3.

Antonio Banderas To Star In Film About Trapped Chilean Miners
Maybe: How to detect Autism amongst the increased number of Latino children
Translate »
%d bloggers like this: