Comunilife and its Teen Suicide Programs now Available in Queens

Comunilife and its Teen Suicide Programs now Available in Queens 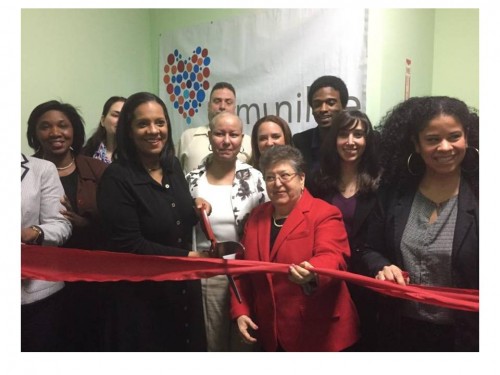 Dr. Rosa Gil the founder of Comunilife is without a doubt a champion of the community. Her organization Comunilife is a city wide nonprofit that helps the needy with various programs pertaining to health, wellbeing, shelter and mental health. One of their programs is a gem, known as;
Life is Precious™ program (LIP) provides culturally and linguistically appropriate academic support, creative arts therapy, and wellness activities to Latina teens who have seriously considered or attempted suicide and their families. LIP has provided these lifesaving services to Latina teens since 2008 in The Bronx, expanding to Brooklyn in 2009 and to Queens this year. Although long in the planning, the expansion of LIP into Queens was made more urgent by survey results from the Centers for Disease Control and Prevention which showed that in 2013, 20.3% of Latina teens in Queens seriously considered suicide and 12.8% attempted suicide.

“In Queens, more than one in five Latina teens contemplates suicide, and more than one in eight attempt it.” This made opening the center in Queens much more urgent.”
Why, during a stage of their lives that should be the happiest, are more and more teenage Latinas attempt to die at their own hands? The reasons are complex, says Gil.
“Many times there is a culture shock. Parents come from other countries and many times the girls were born or grew up here,” poverty, unemployment, bullying in schools, problems at home, can cause and increase depression and stress in young women.”

According to the CDC, 15.6% of young Latinas in the U.S. tried to commit suicide one or more times, more than girls from other ethnic groups, almost twice the number of young white American women. In New York that number is more than twice that of white American girls (13.3% vs. 5.9%), and continues to rise.

“Life is Precious program provides these girls with services to improve their academic performance, and teach them to deal with daily challenges. I have spoken to some of the girls in the program and was very impressed with their zest for life. I must say, it was emotional and uplifting to see these girls and speak to them…I walked away with a good feeling. I was inspired! This program is real and is doing REAL important work. “See for yourself in this video below

The Life is Precious Queens headquarters is located at 32-45 Hunters Point Ave. in Long Island City.

For more information about Comunilife and the Life is Precious Program click here: http://bit.ly/1Ht1Uzy

Next month, Comunilife will be holding a Symposium on Latina Adolescent Suicide with EmblemHealth. We’d like you to join us on May 7, 2015 from 8:30am to noon at 55 Water Street in the 3rd Floor Conference Center to hear from the Honorable Lilliam Barrios-Paoli (NYC Deputy Mayor for Health and Human Services), Dr. Angela Diaz (Mount Sinai Hospital), Dr. Rosa Gil (President and CEO of Comunilife), Jennifer Humensky, PhD (NYS Center for Excellence for Cultural Competence) and, Dr. Ann Marie T. Sullivan (NYS Commissioner, Office of Mental Health) to hear their research on this growing health epidemic among Latina teens in New York City. Attendance is free, but space is limited. Please RSVP to [email protected]

Can he or Can’t he? Sen. Marco Rubio announces intention to run for President, but could he face hurdles
American Businesses Have An Eye On Cuba
Translate »
%d bloggers like this: