Joe Maddon was six years from leading the Chicago Cubs to their first World Series victory in more than a century, and sitting on a kid-sized chair in a private home-turned-preschool, when a light bulb went on in his head.

He had come to a Christmas party at a daycare in his beloved Hazleton, Pennsylvania, to meet some of the area’s Hispanic residents — the very people who were being blamed for the crime, for the drug abuse, for the joblessness and despair that was gripping his hometown.

The proud city that once was home to more than 30,000 people in 1980, when the coals mines were operating and the garment factories were humming, had lost a third of its population when those jobs went away. And those who stayed were leery of the new arrivals.

As the kids clambered in and out of his lap and their parents filled their plates with Dominican delicacies and chattered happily in Spanish and English, Maddon had this revelation: “He said, ‘This is exactly what I grew up with,'” Amilcar Arroyo, a local businessman who was at that bash, recalled. “This is the way we Italians grew up. A mom and pop business, all the children around. He was touched by that reality.” 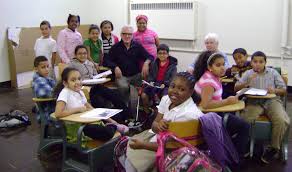 And thus began Maddon’s unlikely quest to save his city from the anti-Hispanic bigotry that was ripping it apart.