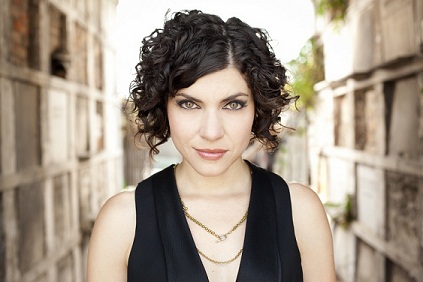 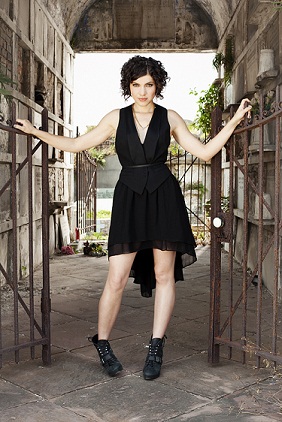 Acclaimed singer-songwriter and multi-instrumentalist Carrie Rodriguez will embark on an extensive U.S. tour in support of her fifth full-length solo album Give Me All You Got, set for release January 22 on Ninth Street Opus. The LP is the follow-up to 2010’s Love and Circumstance, which No Depression hailed as “an album you do not want to miss.” In anticipation Rodriguez recently stopped by West Virginia Public Broadcasting’s “Mountain Stage” to record a set that is scheduled to begin airing nationwide March 15. Check local listings or http://mountainstage.org/ for details. A list of confirmed tour dates—including a stop at SXSW 2013.

Produced by Lee Townsend (Bill Frisell, Loudon Wainwright III, Kelly Joe Phelps) at Berkeley’s Fantasy Studios and mastered by Greg Calbi at Sterling Sound NYC, the record also features frequent collaborator Chip Taylor in a set that marries Rodriguez’s Texas background with a decade spent in Brooklyn, NY. “These new original tunes run the gamut of intense emotions, from heartache to budding new love, from betrayal to resigned acceptance, and finally to the sheer joy of simply being alive,” she says. “For the first time, I feel that the passionate spirit of my live show has truly been captured in a studio album.”

Born in Austin, TX and raised on a broad range of pop, traditional and classical music, Rodriguez began training on the violin at age five while simultaneously developing a taste for fiddling under the influence of her father, singer/songwriter David Rodriguez. She was awarded a scholarship to Oberlin Conservatory of Music and moved on to graduate from the prestigious Berklee College of Music. Chip Taylor (of “Wild Thing” and “Angel of the Morning” fame) discovered Rodriguez at the 2001 SXSW music conference and invited her to play fiddle with him, asking her soon after to join him as both a singer and collaborator. She has recorded with John Mayer, Patty Griffin and Los Lonely Boys, and performed live with Lyle Lovett, John Prine, Bill Frisell, Alejandro Escovedo, Los Lobos and Ricki Lee Jones, among others. Last year she toured the U.S. with Jeff Bridges, with whom she also appeared on “Austin City Limits,” “TODAY,” “LIVE with Regis and Kelly,” “The Colbert Report” and “The Tonight Show with Jay Leno.”