#FourthHarmony Contract Up in the Air with Camila Exit

#FourthHarmony Contract Up in the Air with Camila Exit 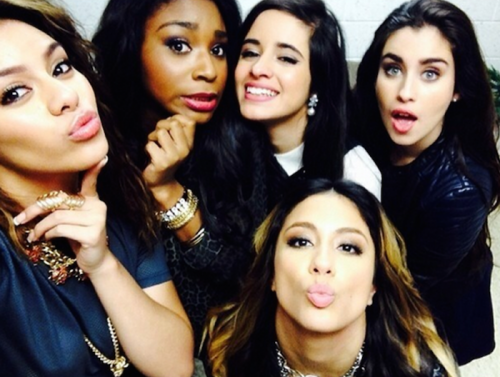 While Camila Cabello‘s exit from Fifth Harmony left many fans aghast and confused, especially with the social media back and forth with her ex-bandmembers, the fate of the remaining four singers as a girl group has been halted.

Before Cabello’s untimely departure, the five bandmates had the option to resign their individual contracts for Fifth Harmony after it expired on Dec. 18.

If all members of the band had returned the group would have had a guaranteed third recording deal on the table with Epic Records, but with half of the remaining songstresses that are left making music outside of what is being dubbed Fourth Harmony during their free time, the record label is beginning to wonder if it is worth renewing, according to Billboard.com.

The Cuban singer breaking out and leaving the group has been in the cards from the inception of the group. Although Cabello is most famous for being a part of the quintet, she initially tried out as a solo singer on the American version of X-Factor, and once assigned the option to be in the group or hightail it she stayed in what was initially called 1432, until music legend, L. A. Reid suggested a name change for the band.

In a 2012 performance on the show, Demi Lovato is seen saying that Cabello “shined” the brightest out of the group while singing Taylor Swift’s “We Are Never Ever Getting Back Together.”

Over a million in album sales later, Cabello, while still happy to be a part of the group did express concern over not pursuing her own individual musical tastes, which she described as similar to guitar wielding maestros “Ed Sheeran” and “John Mayer.”

Not only has Cabello mentioned her love for slower, more soulful songs a lá Zayn Malik from One Direction, but she has managed to rack up two hit songs outside the group as a co-lead with Shawn Mendes for “I Know What You Did Last Summer,” and she worked with Machine Gun Kelly on “Bad Things.” She also received a songwriting credit on each single.

But where does this leave Ally Brooke, Dinah Jane, Lauren Jauregui and Normani Kordei? Well, Kordei and Jauregui both let it slip that they had solo plans long before Cabello left the group, but neither had planned on permanently going it on their own anytime soon.

This leaves Ally Brooke, and Dinah Jane who was Cabello’s biggest supporter during a lot of the behind the scenes troubles, the most in the lurch if Fifth Harmony doesn’t become Fourth Harmony.

Instead of the four remaining singers wasting their time fighting with Cabello on social media as to whether she was kicked out or left the group, Jane and Brooke should be rallying Kordei and Jauregui to remain in the band in hopes to solidify at least one more album, because the clock is ticking and reps at Epic Records will need a reason to believe that the foursome can make harmonious music together.