Scarface, was one of the first movies which portrayed a Latino as the lead character, that people respected and feared. 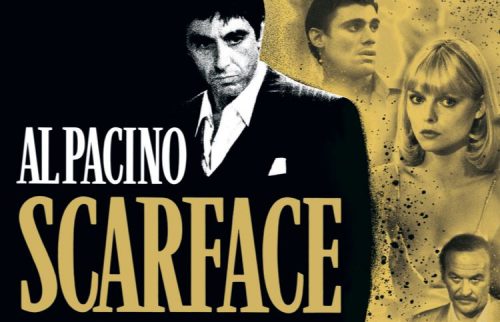 The movie was released in 1983 and till this day, many of its lines are often repeated and used today by influencers, the media and by many rappers, who use them in their lyrics. 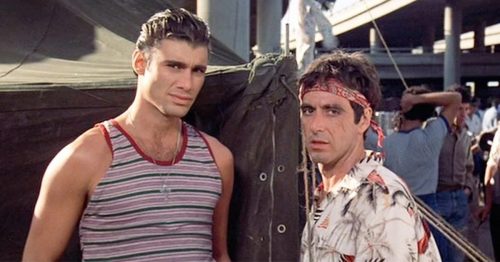 To this day, you will still see people of all ages, even teenagers, wearing ‘Tony Montana / Scarface’ T-shirts, these are signs of the manifestation in which this movie has influenced pop culture.

In the film, Tony Montana, a Cuban thug exiled to Florida in the 1980 Mariel boatlift. Crafty and ambitious, Tony enlists as a soldier with Miami drug kingpin Frank Lopez (Robert Loggia) and eventually eliminates him and claims the boss’s mistress (Michelle Pfeiffer). 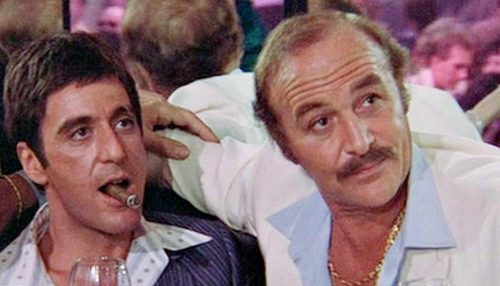 As he becomes king of the Miami drug trade, he grows crazier and more paranoid, and at film’s end, having killed or alienated his loved ones, he’s left alone, where he faces the spectacle of his death. And what a death! A shoot-em-up gun battle, which Tony gets filled with bullet holes and falls into his atrium pool and he ascends not to heaven, but to “the kingdom of pop, where all things exist in an eternal present.” -Said Ken Tucker, author of ‘Scarface Nation: The Ultimate Gangster Movie and How It Changed America’

The movie may not be appreciated by everyone, due to its controversial, offensive, and over the top characters and story line. However, many do like it because it gave Latinos a chance to see their story of the pursuit of the American dream with all its dangers, violence and  imperfections.

“Scarface” with its catchphrases which one can say has the elements of a street-code MBA program: “Don’t get high on your own supply … First you get the money, then you get the power, then you get the women.” and we can’t forget the colorful Rated R quotes like; “I bury those cock-a-roaches … All I have in this world is my balls and my word.” And Tony’s admiring assessment of Miami: “This town like a great big pussy, waitin’ to get fucked.”

Without question the phrase that has given “Scarface” its permanent place in pop culture comes when Tony straps on a heavy artillery machine gun that fires killer bazookas and says: “Say hello to my little friend!”. The way he said it along with his colorful tough guy persona made this part of the ending legendary. 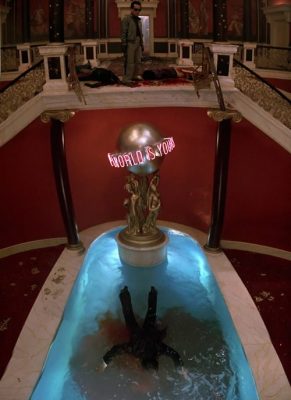 We can see, then, that the phrases “Tony Montana” and “cinematic treasure” are never going to be yoked in the same sentence.

“Scarface” owes its immortality to a devoted cult of young black and Hispanic men and some women who made the film and the character their own. Its arrival coincided with the gangsta phase of rap and hip-hop, and the film’s imagery, flamboyant jewelry, the glorification drug dealing and trafficking have been staples of music videos ever since. As one observer put it, “All these rappers are out there rapping about how much money they got, and all the drugs they sell — that’s who they’re emulating: They’re living their little Tony Montana dream.”