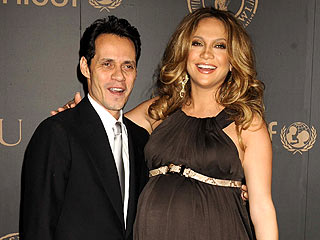 After what appeared to be a fairly civilized July split following seven years of marriage, things between Jennifer Lopez and Marc Anthony are getting seriously ugly, multiple insiders tell the new Us Weekly, out now.

The catalyst? Lopez’s newfound love with Casper Smart, a 24-year-old backup dancer who’s already getting along swimmingly with Max and Emme, Lopez’s 3-year-old twins with Anthony, 43.

When the Latin crooner spotted photos of Lopez and Smart bonding with his son and daughter during a Thanksgiving vacation in Kauai, Hawaii, he “hit the roof,” one source says. “It caused a huge blowup.”

Anthony’s next move: Although he and Lopez, 42, already hammered out custody arrangements for the twins — ceding primary custody to the singer and American Idol judge — a close source tells Ushe’s “going back on his word and saying his wants joint custody.”

His ultimate motive, says the source? “He wants to make Jennifer suffer because she’s having fun with someone new, and he knows this will hurt her on the deepest level.”

But Lopez, says another pal, is “ready to smash him if he tries anything…It’s getting vicious.”