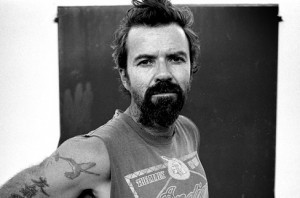 Spanish rock band Jarabe de Palo exclusively premiered their new video for “Hoy No Soy Yo” on Billboard on February 3. The new video brings the song to life through captivating images of street fashion all over the world, as a visualization of the search for self-identity. The song is their second single off of their upcoming album “Somos” which will be released on February 18. The album features collaborations with Ximena Sariñana, Jovanotti, and many more.

The Barcelona-based Jarabe de Palo, fronted by legendary songwriter Pau Dones, is one of Spain’s most popular rock bands and originally broke onto the international scene with their smash hit “La Flaca.” They have since continued to connect with international audiences with their irresistibly catchy fusion of rock and blues with Latin rhythms.

They’ve been nominated for 13 Latin Grammy’s and have sold more than five million albums worldwide, collaborating with a wide variety of major artists such as Alejandro Sanz, Celia Cruz, Compay Segundo, Pavarotti and Chrissy Hynde (The Pretenders).