Javier Palomarez, President of U.S. Hispanic Chamber of Commerce is Being Investigated-May be Forced to Leave

Javier Palomarez, President of U.S. Hispanic Chamber of Commerce is Being Investigated-May be Forced to Leave 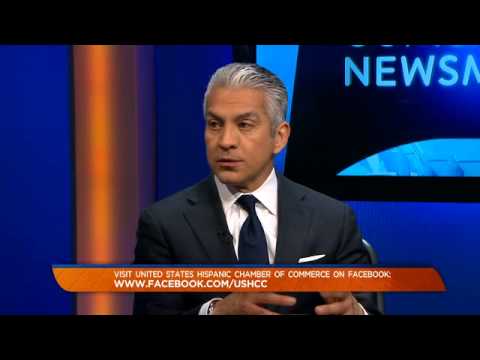 The US Hispanic Chamber of Commerce board could oust President Javier Palomarez over alleged financial impropriety.

The US Hispanic Chamber of Commerce (USHCC) is moving behind the scenes to oust its prominent president Javier Palomarez over allegations that he misused the organization’s money for his personal salary and bonuses, six sources familiar with the effort have told BuzzFeed News.

The frustration with Palomarez, however, is deeper than just finances, with widespread concern within USHCC that he has squandered the Latino business organization’s political clout and relationship with the White House with slapdash posturing that has expressly angered Trump officials.

A series of broader political miscues have also hurt Palomarez’s standing in the Capitol.

A member of Congress told BuzzFeed News of a meeting the member had with Palomarez that set off alarm bells. The meeting did not appear to be illegal, but inched up to lines that made the member uncomfortable.

Palomarez invited a businessperson to the meeting who needed help from the lawmaker, with the USHCC president positioning himself as a middleman in a proposed business relationship. Palomarez, the lawmaker said, explained the way the arrangement could work. In exchange for helping the businessperson, Palomarez would throw an event featuring the member, something he said he had already done with another lawmaker. But the member of Congress said they had no interest.

“I didn’t get into politics to go to jail,” the member told BuzzFeed News.