J’Martin: The King of Bachata Pop

J’Martin: The King of Bachata Pop 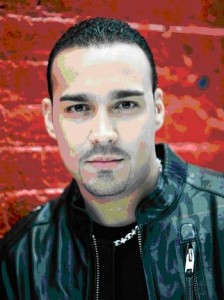 The newest bachata sensation Anthony Espinal, best known as J’ Martin, was born in Queens, New York from Dominican parents. When he was a teenager he moved with his family to Santiago, Dominican Republic. While living in Dominican Republic, J’ Martin discovered sounds that are native of this culture like “Perico Ripiao”, balads and a style of bachata called “Cabaret”, and that have influenced him a lot in his career.

J’ Martin’s career started in 1994 with Baby Band as a composer and leading vocals. After leaving this band, J’ Martin was part of “Oro Solido”, “Banda Soberbia”, amongst other bands. It is not until 2010 that J’ Martin debuts as a solo artist with his album “Para Ti”, where he incorporates bachata and R&B to pop music, therefore creating “Bachata Pop.”

“Para ti” contains 13 songs, many of them penned by the artist, including “Me Voy Triste,” “No soy su tipo,” and his first single “Intentalo,” which hit the #1 spot on the Billboard charts.

J’ Martin cannot believe everything that he has accomplished, and said “I have no words to express what I am feeling right now, I am really surprised. I wrote this song under a mango tree back in the Dominican Republic and I never thought that it would reach this level. I feel like I am floating in the air.”