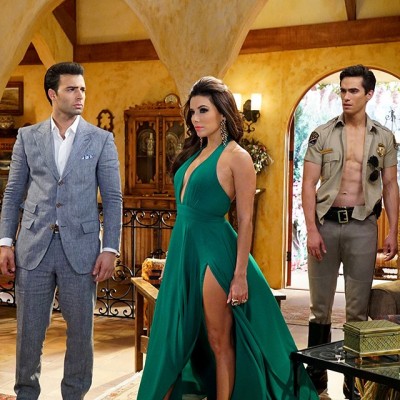 Originally published in the January/February 2016 issue of LatinTRENDS Magazine

We spoke with Jose Moreno Brooks, who plays the handsome co-star of Eva Longoria’s character, Ana Sofia, in NBC’s new comedy “Telenovela.” Before stealing the show as Gael Garnica in “Telenovela”— the first American TV series featuring an all-Latino cast—Jose Moreno Brooks threw himself into several other industries. Brooks modeled for Ford Models, was a law school candidate, played semi-pro soccer and was an online editor. Brooks is not only gorgeous, but he is also multi-talented, extremely hard working and very humble.

You have a bicultural name. What’s the story there?

I’m Mexican-American first, and secondly Irish and English from my father’s side. I was raised with a very proud Mexican family. My grandmother was from Sonora and my grandfather from Juarez. After moving to California, my grandfather became the first Mexican-American attorney and became a well respected entrepreneur who used to do a lot of pro bono work in The Bay Area.

You originally went to UCLA for economics and philosophy and had plans to pursue law school. Was your grandfather influential in that decision?

Yes, for sure. My family is in the law business [Brooks’ mother is also an attorney] and I had told my grandfather that I was going follow in his steps. I looked up to him as a father figure. [He died 8 years ago]. I was his oldest grandson. I felt a very big and important responsibility to pursue it. But after taking the LSAT, I took an acting class and was hooked. 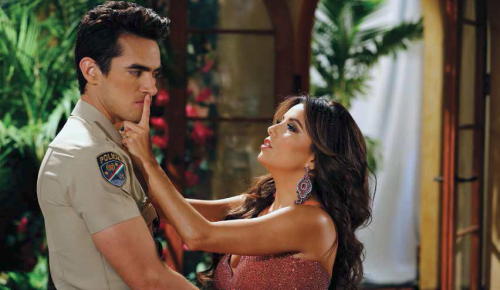 Let’s talk about your big break on TV. Did you grow up watching telenovelas?

Growing up, my mom was always working, but she grew up watching them with my grandmother, Lita. I love the show because it’s so universal. We don’t touch Latino stereotypes and don’t make Latino jokes. We are making a parody of telenovelas, but we are taking it a step further. It’s a reflection of our culture. It’s a beautiful thing.

What surprised you the most about working with Eva Longoria?

I was blown away by how available and generous she was with the cast from the very beginning. She opened up her home for barbecue & game night with her family. I didn’t watch ‘Desperate Housewives,’ as I wasn’t their demographic, but I knew she was talented and beautiful. I didn’t know how brilliant and funny she was! She’s willing to have fun and make fun of herself.

In November, the show title was switched from the production title “Hot & Bothered” to “Telenovela”—why was that?

At first, the network tested the “Telenovela” name in a survey and got nervous because people thought it was in Spanish language. Then they changed it to “Hot & Bothered” and it didn’t do any better.

Yes, I think so. My experience was interesting. My agent at first wanted me to take out the ‘Jose’ and suggested ‘Brooks Moreno.’ But it felt like a lie. If that’s what it was going to take, I wasn’t interested. Last year I was in casting as ‘Jose Brooks’ and it didn’t feel good, so I decided to put it back. Then at that point, the casting director told me that it was good that I had such a Latino name. Definitely—I’ve seen a shift.

You recently starred, produced and edited the film “Mikael” that took you for one month to Kurdistan, Iraq. What was that experience like?

I’ve never made a film before. We had no money to make it and I ended up doing the editing and fell in love with the process. It’s a story that I can relate to—a story of hope. It’s the reverse of the American dream. For us it was important to tell a different story from a place that’s known here for its negativity. We are hoping we get to screen it in the Los Angeles Film Festival in June.

GINA RODRIGUEZ DRESS MAKES NEWS AT PROM
Donald attacks Mexicans now he will be Judged in Supreme court by a Mexican American
Translate »
%d bloggers like this: