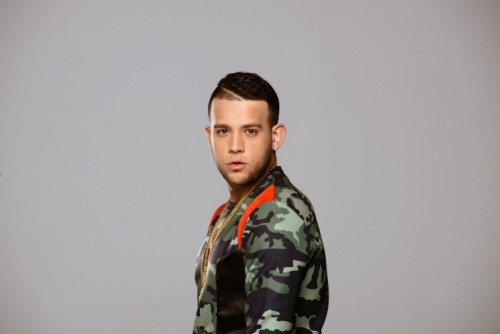 Recording artist Messiah ‘El Artista’ has been chosen by leading sports fuel company Gatorade to narrate the company’s latest national campaign. The commercial, which features a poetic and inspiring voice over by Messiah, is titled “Counter Attack” and was released last week.

Selected for his versatility, Messiah delivers the commercial’s message with a rhythmic and lyrical style unique to the company’s distinguished advertising. “As a rapper, I am able to use my voice as a way to tell a story within every song,” the artist said. “I feel honored that Gatorade specifically chose to have my voice for the campaign, and even more honored that they gave me the freedom to tell it my way.”

Throughout “Counter Attack”, the audience is able to follow an athlete as he is shown in both game and practice settings. While the camera switches between a competitive game and a team practice, Messiah speaks of resiliency, inevitability, incredibility and brilliance. With his deliberate repetition and creative articulation, Messiah conveys the motivational message of the campaign, which is that the athletes who put in the hard work and effort know that “incredible is inevitable.” The campaign is expected to run on Broadcast television, including National Cable & Network, as well as Internet and Industrial use for a total of 6 months.

An internationally recognized artist, Messiah is known for fusing the sounds of hip-hop, trap and reggae to create new sound. The Dominican rapper has been dubbed the first-ever Latino rapper from New York to sell out Stage 48, play Madison Square Garden three consecutive times in a year and step foot inside the Swedish music streaming giant Spotify. Gaining recognition for his chart topping remixes and collaborations, Messiah will release his own first full-length studio album, “Made in Europe,” July 22nd of this year. The LP was recorded during his most recent and first 2016 European tour, and is now available for pre-order on iTunes.

Check out the commercial below: