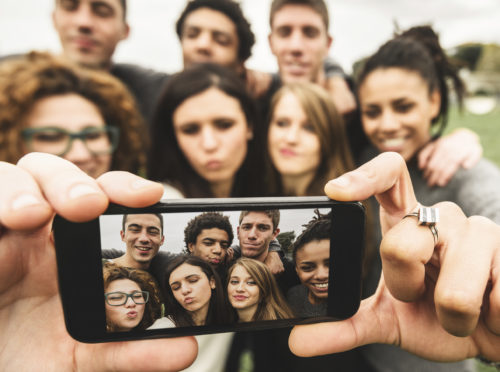 Teenagers of Latino families new to the United States appear to be more successful if they retain their ties to their Latino heritage and if their parents make an effort to embrace American culture, say the authors of a new study.

Researchers at the University of North Carolina interviewed 281 Latino youth and parents in North Carolina and Arizona as part of a longitudinal study called the Latino Acculturation and Health Project, which is supported by the Centers for Disease Control and Prevention. The families were asked questions that measured the teens’ mental health, lifestyle and academic success.

The study found that teens who maintained strong ties to their Latino culture performed better at school and adjusted more easily socially. For every one-point increase on a scale that measured involvement in Latino culture, there was a 13% increase in self-esteem and a 12% to 13% decrease in hopelessness, social problems and aggressive behavior.

But these adolescents also benefit from parents who are willing to learn about their new homeland. For every one-point increase in a parent’s involvement in U.S. culture, there was a 15% to 18% decrease in adolescent social problems and behavior problems.

The findings illustrate the need for both teens and parents to do the opposite of what their natural tendencies tell them. The authors said parents need not cling to their former culture and teens need not reject it.

“Such results suggest that Latino youth and their parents benefit from biculturalism,” the lead author of the study, Paul Smokowski, said in a news release. “Parents who were more involved in U.S. culture were in a better position to proactively help their adolescents with peer relations, forming friendships and staying engaged in school. This decreases the chances of social problems arising.”
The study is published in the Journal of Primary Prevention.
— Shari Roan