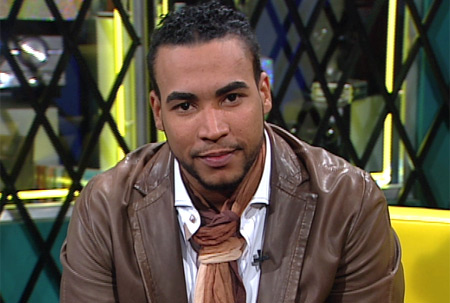 Don Omar To Skip Latin Grammys
Don Omar has made it very clear that he is not attending this year’s Latin Grammy Awards. El Don who his nominated three times told People en Español that he “has his reasons” for skipping the event, but didn’t go into any specific details. He also said that he didn’t get into the music business to collect trophies. “I’m not an artist driven by prizes or awards,” Omar explained. “It’s always nice to be nominated. But I’m not going to go to the awards, I have my reasons. My awards come from my fans.”

Daddy Yankee Hospitalized Due To Low Blood Sugar
Daddy Yankee recently had to check himself into a Dominican hospital after falling ill during an interview. The 35-year-old reggaeton star had low blood sugar levels, commonly known as hypoglycemia that caused him to fall ill. It could have been a lack of balanced diet and missing out on normal sleep patterns. Thankfully everything was caught early and, according to People en Español, El Cangri will make a full recovery. Doctors reportedly advised him to take things slower and catch up on some much needed sleep. As we know, Yankee is in the middle of a major promotional tour at the moment and working hard to spread the word about his Presitge album. He’s also got a brand new tequila line hitting shelves.

Shakira Shares Pic of Pregnant Belly
Shakira tweeted a photo of her pregnant self with her fans recently. She says “Now I don’t have a six pack, only one pack!!” The photo came after the taping of an interview in Barcelona with German broadcaster RTL, in which Shakira showed off her belly for the first time since announcing her pregnancy. She confirmed in that interview that she and her boyfriend, Spanish soccer star Gerard Piqué, are expecting a baby boy. The paparazzi have been on a chase to capture footage of the pregnant Colombian singer. Hopefully this photo will calm them down for a bit.

UNFINISHED SPACES TO PREMIERE AS PART OF VOCES ON PBS ON FRIDAY, OCTOBER 12, 2012 AT 10:00 P.M. ET
Biography: Anthony Santos
Translate »
%d bloggers like this: