Listen to the Dalai Lama And Sleep for Better Health

Listen to the Dalai Lama And Sleep for Better Health 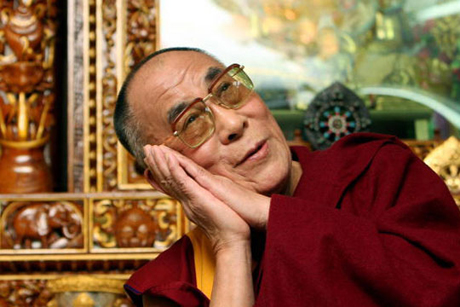 Too many influential artists, DJs and hard working people have taken the expression “I’ll sleep when I die,” too seriously. Well buddy, lack of sleep causes crankiness  and how will you make money if you’re cranky?

Studies show that lack of sleep can cause physical problems like heart disease, diabetes and actual death. Yeah, you can die from not sleeping. In 2012 a Chinese man died for staying awake for 11 days watching soccer, reported the Time. But it’s not 100 percent certain if it was the lack of sleep or if it was watching soccer… yeesh!

But why wouldn’t you want to sleep? Sleep is so relaxing. The Dalai Lama said, “sleep is the best meditation”. Also – when he was asked about what surprises him about humanity – he said, man.

Of course, you and I have to work, but to “sacrifice” sleep for making more money makes no sense. In fact, it doesn’t even make cents, because you’ll pay for lack of sleep in the long run.

Five reasons why you should listen to the Dalai Lama and sleep for better health:

1) Sleep plays an important role in memory, both after and before learning new tasks.

2) People who sleep well and take naps have more energy than people who don’t. Bosses love high-energy people and when promotions and bonuses are being handed you’ll be the first in-line.

3) Sleeping it off isn’t just a great expression but a way to control moods. Sleep suppresses anger, stress and even depression. So no matter how stressful is your job, just sleep it off.

4) Sleep does a body good. Because of sleep, your body reenergizes itself, immune system gets stronger, heart functions get better and the cholesterol level decreases because you went night, night.

5) Like to lose some weight? Then take a nap, sure why not. A study by the University of Chicago found that dieters who slept well lost more fat and were less hungry than those that were sleep deprived.

Live it. It’s your life. It’s your health!
It’s time for a change! That’s why LatinTRENDS has partnered with healthfirst and created the Live It health section. Designed to bring health content front and forward in a creative, fun, yet important, and engaging way that embraces modern day technology, lifestyle trends and pop culture. Because health and health information should be embraced by all, including the young and young at heart. Live it is brought to you by Healthfirst