Luis Fonsi: Too Hot to Handle in Argentina?!

Luis Fonsi: Too Hot to Handle in Argentina?! 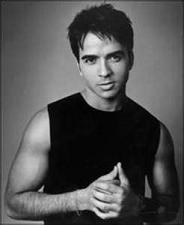 Luis Fonsi took to twitter to report to his fans about his injury during a concert in Argentina. The star burned his arm during a pyrotechnic malfunction during the performance.

The star received many get -well wishes from his multitude of fans. He tweeted in Spanish, “Thanks for worrying and your good wishes. I burned my arm with the pyrotechnics at last night’s concert but I’m super good. I love you all!” Being the mellow guy he is, Fonsi took the incident with good grace and humor. He later tweeted, “ole ole ole ole, feeling hot hot hot…”.

The star’s arm was bandaged, as shown in a picture he also posted of his injury on his twitter. Hopefully Fonsi will heal quickly so he can get back to singing to his adoring fans!