Marc Anthony, You’re Doing the Most

Marc Anthony, You’re Doing the Most 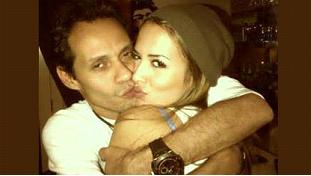 Jennifer Lopez isn’t the only one that likes them young. Singer Marc Anthony recently went public about his new girlfriend, 24 year old Venezuelan model, Shannon De Lima.
News of Anthony’s latest squeeze comes soon after reports of Lopez’s new relationship with dancer Casper Smart. The two stars married in 2004. After 7 years of marriage, the couple decided to separate in July. Reasons for the split remain unspecified. The stars have two children in common, twins Emme and Max.
The star took to his twitter account to write sweet nothings about his latest catch. He tweeted in Spanish, “To Shannon, my statue of liberty. Kisses baby.” Anthony’s own family has expressed approval for his new relationship. The singer’s adoptive son, Chase Muniz, wrote on his twitter page, “To all my followers and everybody on twitter follow 2012 best couple and for many more years to come @MarcAnthony and @Shadelima !!!!!” Others congratulated the new couple, who managed to maintain their relationship secret.
Congrats to the new couple!

Roselyn Sanchez is Officially a New Mom!
BABY BASH SET TO DELIVER YET ANOTHER SMASH HIT IN 2012 WITH “SLIDE OVER” FEATURING R&B ARTIST MIGUEL
Translate »