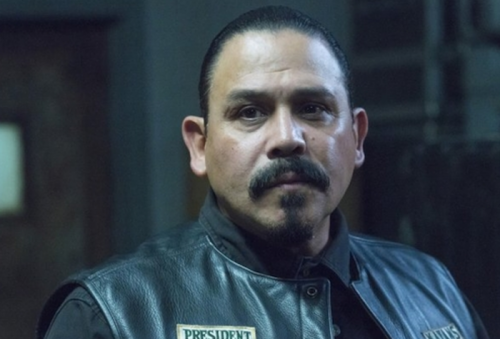 The Mayans will ride again, but this time they will be the stars of their own series, which will begin casting in March 2017. The new show titled Mayans MC will follow the life of a new recruit to the Mayans motorcycle gang, which was featured on the show Sons of Anarchy.

The new show titled “Mayans MC,” will follow the life of a new recruit, EZ Reyes, who will be joining the motorcycle gang as he and other members are “at odds with the cartel and scrambling within their personal lives,” according to Backstage.com, a casting/talent notice website.

According to the website, the show will take place along the “California-Mexico border” and probably be set in Los Angeles.

If the show is anything like the series it is spinning off from it is sure to be hit for the premium cable channel FX. According to Variety.com, SOA was the network’s highest-rated drama.

The first episode will be penned by Elgin James, a former straightedge anti-neo-Nazi gang member from Boston who robbed drug dealers to give the money to charities, according to LATimes.com.

I wanted to find a strong, unique Latino voice…because I didn’t think a white guy from Jersey should be writing about Latin culture and traditions…Elgin is that voice.”

The show will also begin shooting in March 2017.