Some of today’s hottest celebrities wear Michael Costello. Michael was featured on Project Runway Season 8, finishing in 4th place, and he was a Project Runway All-Stars season 1 finalist. He is the first ever American rom (gypsy) Fashion designer. His following increased after Beyonce wore his sexy white gown at the 56th Grammy Awards. The dress is a part of his collection called Winter Wonderland which he showed on Saturday night. 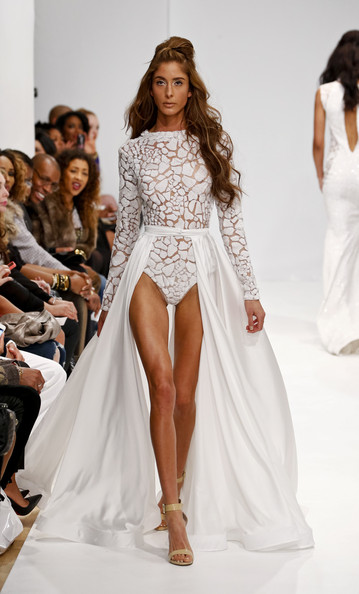 Loved the dress that Tamar Braxton wore at the 56th Grammy Awards. Here are some from that collection on the runway last night.