Michelle Veintimilla is the new Firefly on Fox’s Gotham!

Michelle Veintimilla is the new Firefly on Fox’s Gotham! 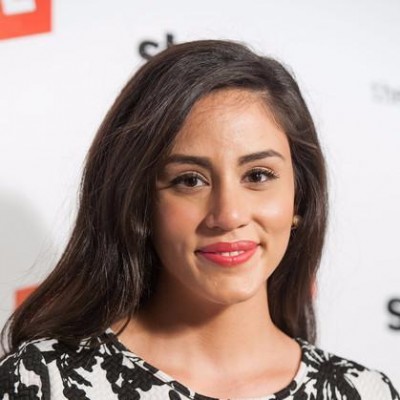 Michelle Veintimilla could very well be the next Hot Latino star in Hollywood.

Coming off of Broadway, recently portraying a young Chita Rivera in The Visit, Veintimilla next big break comes after her debut on FOX’s hit television show Gotham where she will appear as a villain.

Veintimilla, 22, will be portraying the first-ever female incarnation of Firefly who is a popular villain from DC Comics’ Batman series in a two-part story arc.

“It felt incredibly daunting,” said Veintimilla, in an interview prior to her debut on last Monday’s episode, “I was up for the challenge. I feel very lucky that I got to do this. It was incredibly empowering and I learned a lot about myself as a woman.”

In the show, Veintimilla play Firefly, real name Bridget Porter, who is the sister of to a gang of arsonists and has own pyromaniac tendencies. Veintimilla storyline will heavily involve the show’s other villain Penguin, also known as Oswald Cobblepot (Robin Taylor), who hires Porter’s brothers for a job thus bringing her into the criminal lifestyle and leads to the character running into an old friend who happens to be the anti-villain Selena Kyle (Camren Bicondova)—or soon-to-become Catwoman.

“I think Bridget and I have a lot in common in our stories—sort of parallel because Bridget does not know her strength before this,” said Veintimilla, describing her character and how the reunion with Kyle/Catwoman will be a key aspect in furthering her transition into the flame-throwing villain.

However, prior to taking the role Veintimilla admits she little to no information regarding the character or that much time to learn of the character’s history since she immediately started filming the day after being told she had gotten the part. But Veintimilla wasn’t completely in the dark regarding understanding her character, and had help from her family.

“I wasn’t (a fan of the comics before). I grew up as a dancer and in a dance studio so I wasn’t really on the comic book train…DC Comics and Batman in particular were a big thing when my parents were children, so when I was auditioning they were very excited and clued me in on some details,” Veintimilla explained, commenting on her lack of knowledge for the character.

“It feels like a big deal. My Twitter has been blowing up. I get tweets that are like ‘Yeah! A female Firefly’ and I get some tweets that are like ‘No!! Firefly is supposed to be a man!’ And I think both are good. I think that the people who are disappointed with Firefly being a female are going to be surprised when they see the episodes. I’m excited that I get to be a part of that story and I get to portray a young woman who really does find her strength.”