NASA announced its newest class of astronauts. Out of a record setting 18,300 applicants. Only 12 people were selected to be members of the new class of space travelers. They’ll train for the next two years before becoming full-fledged astronauts, performing missions and going into space. Among the 12 amazingly qualified women and men chosen is Dr. Frank Rubio, a Salvadorian-American, born in Los Angeles and raised in Miami. Dr. Rubio is a Major in the U.S. Army, having flown over 1,100 hours as a Blackhawk Helicopter pilot (including 600 hours of combat), and as if that were not enough, the man is also a surgeon. All these impressive accomplishments at just 41 years of age, shows that Mr. Rubio has not wasted time. He’s also a member of an exclusive group of Latino astronauts at NASA, there have been just eleven Latino astronauts in total out of 350 chosen since Mercury 7 in 1959.

Dr. Francisco “Frank” Rubio was announced as one of the members of the newest class of NASA astronaut candidates. 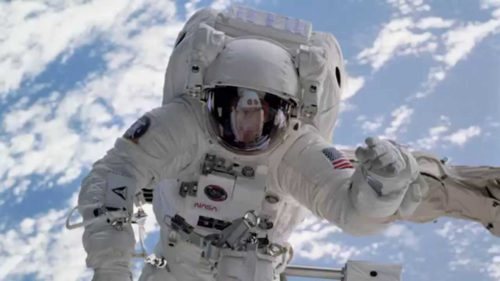 “These women and men deserve our enthusiastic congratulations. Children all across the United States right now dream of being in their shoes someday. We here at NASA are excited to welcome them to the team and look forward to working with them to inspire the next generation of explorers.” –Said, Ellen Ochoa, Director of the Johnson Space Center

Vice President Spence gave the keynote speech and said: “You are the 12 that made it through. You have joined the elites. You are the best of us,”

Among the 12 are engineers, scientists, pilots, a Navy SEAL and two doctors. NASA stated “The talented women and men selected for the new astronaut class represent the diversity of America and the career paths that can lead to a place in America’s astronaut corps.”