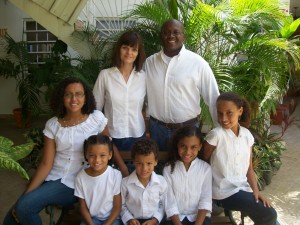 More than 29 percent of Puerto Rican homes live on less than $10,000 a year in a territory where close to half the population is below the federal poverty line.

All residents of the average Puerto Rican home earn together some $29,365 a year, about half the comparable figure for the poorest U.S. state.

Figures from the 2010 Census clearly reflect how far behind the Caribbean island is compared to the rest of the United States, Santos Negron, a professor of economics at the Graduate School of Planning at the University of Puerto Rico, told Efe on Friday.

Negron said that Puerto Rico’s meager household income is a consequence of the island’s low rate of workforce participation.

Having so many people out of work can only drag down an economy that besides structural problems is going through its fifth straight year of recession.

The 2010 Census provides an even more telling figure about Puerto Rican poverty – the fact that 484,000 homes, or 36.7 percent of the total, are receiving food stamps.

Negron said it was almost certain that in Puerto Rico only 25 percent of the population are employed, which will have grave consequences for the Caribbean island’s economic development.

The specialist said that the lack of jobs is compensated by the $7 billion that the federal government sets aside for Puerto Rico every year.

He said that the figure amounts to approximately 20 percent of the economy of the Caribbean island, aid that he considered, in the long run, detrimental to developing the local economic system.

“There exists a part of the population that is excluded from the labor market,” the economist said about the fact that many Puerto Ricans are unqualified for many types of employment.

“This whole process creates a mentality of dependency,” he said, adding that in Puerto Rico the Gini coefficient, used to measure income inequality, comes up with some very discouraging results.

The income gap between Puerto Ricans is growing thanks to the recession and resulting high unemployment, currently above 15 percent.

Is Slavery Making a Comeback in America?
Meet Anthony Romero, the Executive Director of the ACLU!
Translate »
%d bloggers like this: