All the way from Mexico, Cantina-styled bars are beginning to pop up within the Big Apple. Opening back in February, Cantina Royal in Williamsburg, Brooklyn. “The cantina is neither bar nor resturaunt,” Co-Owner Felipe Méndez says when talking about Cantina Royal’s similar atmosphere to the bar-subculture seen within Mexico, “it’s somewhere in-between.” According to Méndez, Cantina Royal is, “a totally different seen where you sit, converse, and listen to good music.”
Along with Méndez, Cantina Royal is manned with his business partner and Chef of the establishment, Julio Mora. The pair is utilizing the large space the Cantina Royal has to offer and opens it up to host art shows, other cultural events, and even film screenings. Their connection to the film industry isn’t far since the establishment was joined by filmmaker Jano Meija in a venture deal with the two since Meija describes how at the moment Mexico City is, “very strong in culture and atmosphere,” and seeing a opportunity, “it was a principal idea to bring the real thing and to have type of exchange between New York and Mexico City.”
Another cantina-like environment located on the Lower East Side called Casa Mezcal, owned by Painter Guillermo Olguin and Restaurateur Ignacio Carballido opened last summer and is visually styled its namesake of the agave-derived drink of the southwestern Mexican state of Oaxaca. “We wanted to introduce mezcal to New York,” says Carballido discussing Casa Mezcal purpose within the Big Apple. “We felt no one here knew much about. No one knew how to drink it or how to enjoy it,” he adds describing the distilled and bottled agave drink he and his partner brew back in Mexico.
Over a year and half was put into the construction of Casa Mezcal, and nearly a million dollars was invested in converting the three-story building to contain a art space, live music venue, bar, restaurant, and cinema. The entire establishment was recreated to capture the energy of the Oaxacan Capital, since “Oaxaca is full of artists—there are a lot of writers and photographers and they sit down around the zocalo in a café in the afternoon and sip mezcal and they just talk. So we wanted to simulate something like that,” said Carballido.
So if you’re in the area and want to experience a different nightlife within a different city, you don’t have to go that far since you can just head over to Casa Mezcal or Cantina Royal and see how Mexico City celebrates the night. 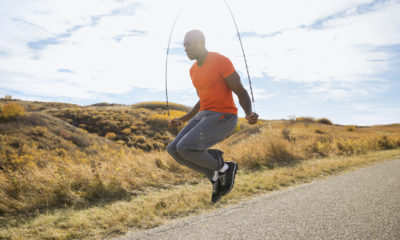