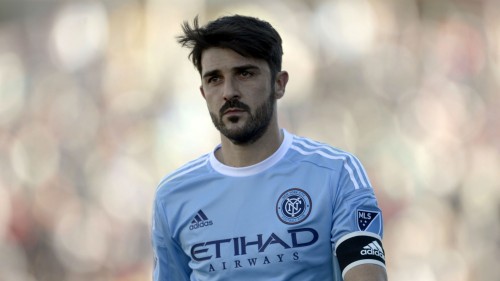 The New York City Football Club started off its inaugural season well with one win and two draws. Even with the New York Red Bulls leading the Eastern Conference with seven points, NYCFC is in third place with five.

“We need to improve in all phases. This is our fourth game ever with a brand new team,”

“There still are signs in every single game I can walk away and say, ‘We’re going to be a good team.’”

The Bad news is that they learned that life without David Villa and with Frank Lampard still in the observation stage, its going to be a struggle to accomplish that. New York City FC lost their first home game in Yankee Stadium to Sporting KC to a goal by Ike Opara.

“The effort the guys put forth in the second half and the commitment level they showed to try to do anything they could to get that tying goal is important.” 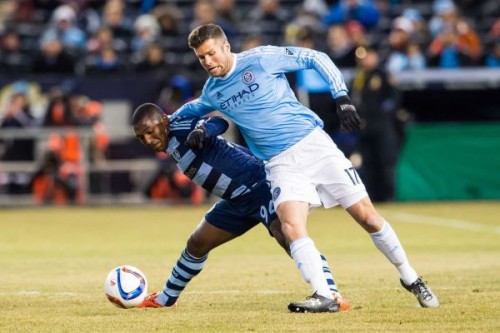 The 27,000 plus fans witnessed a reduced unit with not only David Villa out but also midfielder Sebastian Velasquez and defender Josh Williams due to injuries. In addition forwards Khiry Shelton and Adam Nemec were away via international call ups.

“I was really pleased again with the second-half response after going a goal down,”

I’m a little bit perplexed as to why we seem to be taking an entire half to figure that out.”

The growing pains of a new MLS franchise will continue with David Villa a crucial part of team success to this point and with one loss a tumble out of first place was a sobering reminder how vital their star is to this team. But Kreis is confident that rest is all that’s needed here.

“We believe strongly with a week off he will do strengthening and physical therapy and be ready for the Philadelphia match.”