NY Knows How To Fight The HIV Epidemic

NY Knows How To Fight The HIV Epidemic 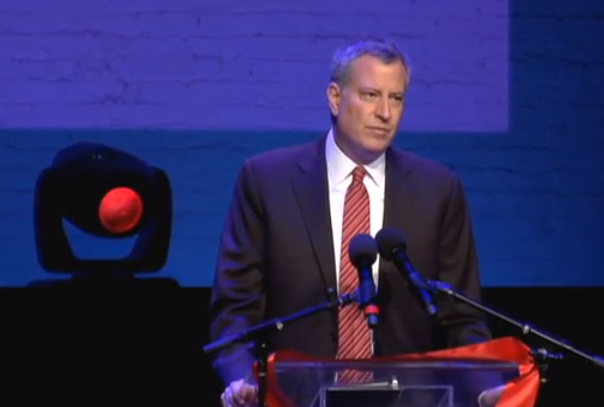 New York City Mayor Bill de Blasio’s “NY Knows” campaign will have testing facilities in all of the five boroughs to urge sexual active New Yorkers to get checked for HIV. The epidemic of HIV in New York City has mostly affected the black and Hispanic population.

The mayor, who announced the campaign in Harlem’s Apollo Theater, will seek to end the epidemic in NYC in 2020 by promoting safe sex and providing testing facilities to people who are not aware of their condition, which is one of the trending ways the virus spreads.

“We still have people who don’t learn the reality of their own health, and don’t learn whether they’re even HIV positive,” said Mayor de Blasio who modeled the initiative after the successful “Bronx Knows” and “Brooklyn Knows” programs.

City Council Speaker Melissa Mark-Viverito, who agreed with de Blasio’s fight against the HIV initiative at the World Aids Day event in the Apollo Theater said, “We are re-affirming our commitment to the struggle, that this is something that has to happen,” reported the New York Observer.

According to the New York State Department of Health’s latest annual report more than 33 thousand Hispanics live with HIV and Aids in New York City. The report also shows that most of the victims are black and Hispanic males who contract the virus sexually.

Yesterday’s World Aids Day gave a voice to the global battle against the epidemic. Established in 1988 the World Aids Day is held every year to recognize the worldwide fight against HIV and Aids.

LatinTrends, who has historically supported organizations with healthcare and social programs to help eliminate the HIV and Aids virus in Latin communities, will continue to create awareness of this epidemic until it is gone.