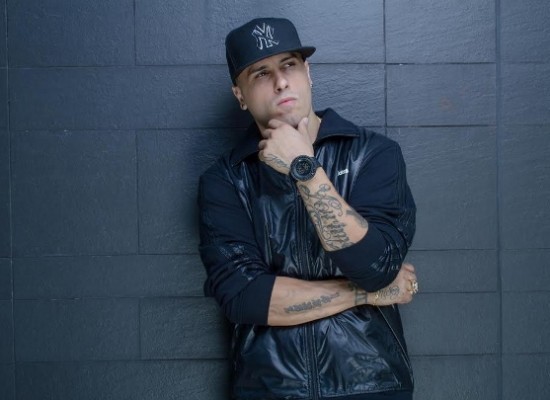 Father’s Day, a national celebration, honor and remembrance of fathers and father figures that have positively contributed to their children’s lives, is recognized every third Sunday of June. A few of our favorite Latino artists expressed their experiences and joys of fatherhood and Father’s Day activities on the pop culture and music website Billboard.

Nacho from the Venezuelan Latin Grammy duo Chino y Nacho says he has no plans except playing with his kids “from 7am in the morning to 10pm”. Nacho, who recently married his longtime girlfriend, has two kids from that relationship.

Nacho’s partner, Chino, who doesn’t have any children (from what we know) expressed how much he loves hanging around with his father.

“I love going to baseball games with my father. Watch movies, go to the cinema. I love [to] be with him.”

Reggaeton superstar, Nicky Jam, who is taking advantage of his number one hit, El Perdon, with Enrique Iglesias, is literally touring all over the world. But Nicky Jam, who seems to have his seeds spreaded all over Puerto Rico (and maybe now around his new home in Colombia), says that he hopes to be around his many kids on that day.

“On Father’s Day I would like to be with my kids and just have a good time. Or just probably eat ice cream or something like that.”

Nicky Jam was also asked what was the best gift he received for Father’s Day and he said, “I think socks.”

“I needed the socks,” he explained with a laughter. “I don’t buy socks that much and they noticed it and they bought me socks. That’s why it was special.”

The Grammy winner composer and singer Luis Fonsi shared the best advice his father have him before the birth of his daughter, Mikaela.

“I think the biggest advice my parents gave me was before my daughter was born [they said] ‘sleep as much as you can now because you’ll never sleep the same again.’ And it’s true, I mean my daughter is great. She sleeps great. But you’re always waking up saying ‘where is she? How is she? Is she ok?’ Especially because I travel so much. I could be miles away but my heart stays at home with her. I’m never fully there when I’m away. Yeah, that was obviously great advice.”

“Now it’s all patience and enjoy the ride. Enjoy every little bit of everything because times flies. I just looked at pictures on my iphone a few months ago and she changes so much and learns so much. So I’m just trying to celebrate every tiny thing in life as much as I can, especially when I’m holding her.”