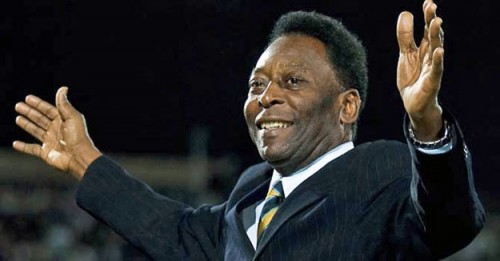 The greatest soccer player in history, Pele, turned 75 years old and with it a reminder of the legacy he left United States soccer. After winning numerous championships for Santos of Brazil, his club team, and three World Cups for the Brazilian National team he came out of retirement to play for the New York Cosmos of the North American Soccer League. 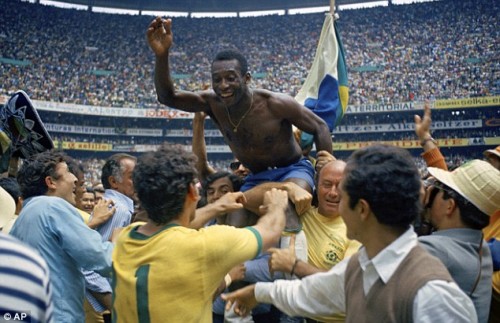 His decision to come here ignited a fever for futbol that survived the death of the NASL in 1984 and the birth of MLS in 1996 and in between fostered a soccer culture here that has made the U.S a very relevant soccer nation. His former teammate Shep Messing in wishing Pele a Happy Birthday today expressed his and his teammates love for him.

“We all won this championship ring for you many years ago.”

“We used to have shootouts together after practice and maybe at this age, now, I can finally beat you. But I doubt it.”

Pele is the ambassador of soccer today. He scored 1,283 goals but it was his way with people that lasted. The man who once stopped a civil war in Nigeria for 48 hours so he could play in a friendly there was a mark of his worldwide appeal.

The New York Cosmos return in 2013 to the now second division NASL was a return to glory as they captured the championship once more. They named him Honorary President. They have been able to lure stars like Marcos Senna and Raul to play here. But when the Cosmos are announced. Its Pele everyone remembers. Maybe the one word he repeated in his last professional game said it best.