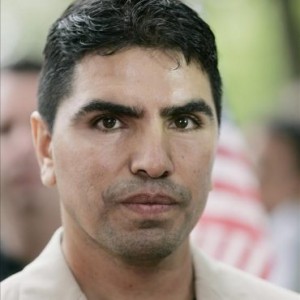 “Piolin” who was Cortez’s supervisor, released a statement to the press and also posted on his official Facebook page against the allegations.

“For the past week, I have remained silent as some former disgruntled Univision employees have made false accusations about me. I did not want to dignify their lies by responding. But enough is enough.

During the past 14 years, I helped my friend Beto Cortez through a number of difficult periods in his life and have been very generous to him. It saddens me that he has resorted to making baseless claims in an attempt to obtain an undeserved financial windfall.

For more than a decade, through all of Beto’s personal travails, I stood up for my friend again and again. In 2012, by Beto’s own admission, his work performance had become horribly erratic and I could no longer protect him. This is why Univision decided not to renew his contract when it expired at the end of last year.
For several months, we received reports that Beto was soliciting many of our co-workers to join him in asserting fictitious allegations and filing a complaint against me.

Contrary to Beto’s malicious statements, I have received an outpouring of unconditional support from my listeners and fans. I am very thankful for their thoughts, their prayers and their encouragement. I plan to be back on radio very soon and will continue to work hard to keep your loyalty and trust. Stay tuned!”