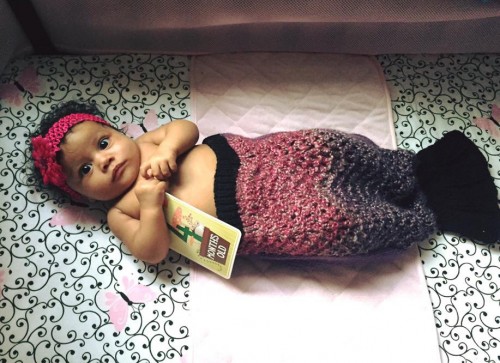 With its third anniversary this Saturday, Ridgewood Market, an artisan market is having a Cosmic Night Bazaar from 5 p.m. to 11 p.m. The event highlights the work of local craftspeople from around the Ridgewood, Queens area.

Ridgewood Market started as the lovechild of Sarah Feldman, a native of Texas, who moved to New York in 2006 to attend The New School’s Parsons School of Design in Manhattan. After meeting her fiancé who lived in the Queens neighborhood, the jeweler, and vintage saleswoman fell in love with the town, moved there and created a network in 2011 for other creatives like herself called Ridgewood Social. You can learn about the group on its website RidgewoodSocial.com,  which promotes the small businesses in Ridgewood, the history of the region and its people.

Frustrated by the lack of opportunities for artisans, Feldman met with them and created Ridgewood Market.

In late 2012, I was selling my jewelry and vintage clothes at a local flea market. It was very slow and I met a few other vendors who wanted something more than a flea market in the neighborhood… so I brought up the idea of an artisan market. We had our first market in April of 2013…” said Feldman.

Today, the market has over 40 small businesses and vendors that sell everything from organic honey to handsewn clothes. This kid-friendly event will have live music and a 50/50 raffle with prizes. Djing the event is Dj TeeTunez. Some of the vendors at the event include Barbie Rodriguez, Jackie Reyes, and Amalia Queller.

Rodriguez, Reyes, and Queller didn’t plan to pursue artisanal work, but none of these women can imagine their lives without it.

For Reyes, 20, a self-taught cook and baker of Puerto Rican and Dominican descent, growing up cooking was something she did to live not live to do. It wasn’t until she started attending Queensborough Community College(she’s graduating next year with a teaching degree) that she spent her free time on weekends learning how to make food from Ayesha Curry, a YouTube and television star.

Seeing the joy that Curry had from cooking inspired Reyes, whose food became a hit with both friends and her family that they started to buy and promote it. Even though she considers her cooking a hobby while she tries to complete her degree, she has been successfully selling treats every weekend for parties and functions for the past five months and has a small but growing following on www.youtube.com/CookingWithJackie. From scratch, Reyes makes flan, chocolate covered strawberries and cake. She incorporates ingredients from her Puerto Rican and Dominican roots into her delicacies.

Amalia Queller, 23, a Hispanophone and former babysitter was always artistic as a youth, even though most of her family members were lawyers. Seeing her grandmother Judith crochet and learning how to knit like her mother Deborah became an outlet for her. For awhile she was in love with everything arts, but once she finished high school at Laguardia Performing Arts School, she was burnt out with making crafts and studied History at Hunter College.

Not willing to just write about art, Queller turned down getting a Master’s degree at Hunter and other universities to reignite her passion of knitting. Knowing this may be her last chance to pursue her crafty side, Queller eased her way back into the craft by making gifts for friends and family.With their support, Queller knew she had to go into the business of making things full time.

If I had to cite another paper I would have to start crying,” said Queller.

Now she makes handmade onesies, bodysuits and shirts for newborns to five-years-olds that she paints herself. Being a fan of the go-to crafty e-commerce website, Etsy.com, Queller went from buying items there to selling her work in Spanish and English. Currently, Queller makes around $2000 a month for her knitwear.

Rodriguez, 42, and of Puerto Rican descent, used to be a CFO for a sign company in Ridgewood, but after the economic downturn, she was laid off. Sharing eight kids (now 5-26) with her husband, Rodriguez had to figure out another way to make a living. After meeting Feldman at a flea market and going to Artist Alley at New York Comic Con, she turned to dollmaking.

I grew up in a creative family,” said Rodriguez. My mother sewed, and my grandmother crocheted and made those Spanish dolls you would find in a  bathroom, so I decided to craft and make dolls” she added.

At first, she would buy little toys for her kids at Comic Con, but now she enjoys creating them for Ridgewood Market. Each doll she makes is one of a kind. Once she comes up with a new design, she paints in the faces for each doll and makes their clothes out of organic cotton, fleece, and flannel. For quality control, she lets her 5-year-old daughter play with the dolls. Whichever doll captures her daughter’s fancy is the one she sells to customers on Facebook (she also makes custom dolls). More than ever, she is thankful that she went back to her creative roots in her time of need and was able to start over.

I just can’t believe the freedom people have when they pursue their dreams,” said Rodriguez.

OH, KAT: WHAT A NIGHT!!!
Bernie or Hillary? Who Could Win the Latino Vote?
Translate »
%d bloggers like this: