ROSIE PEREZ, A VOICE For “THE VIEW”

ROSIE PEREZ, A VOICE For “THE VIEW” 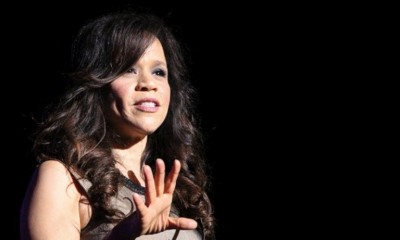 “If I see a door comin’ my way, I’m knockin’ it down. And if I can’t knock down the door, I’m sliding through the window.” — Rosie Perez

Diva Latina Activist/Actress, Rosie Perez is excited to join the new season of “The View” on ABC. Political commentator Nicolle Wallace is also coming on board the new season. These powerful women are members of the new cast given the freedom to express their opinions with their own unique twist, Hense the title “The View.”

“I am honored to join the tradition of compelling conversations that has been the signature of “The View” for the better part of two decades,” said Nicolle Wallace.

Let’s not forget Whoopi Goldberg, who is never short on words. She is the only member from the previous season returning. Coming back from season 2006-2007 is Liberal Activist, Rosie O’Donnell, who’s another force to be reckoned with when it comes to stating her opinion. As if two Rosie’s on the set wouldn’t stir up a pot of confusion.

As a strong activist for Puerto Rican rights and AIDS awareness, Rosie Perez is very happy to be a part of “The View”. She relates to her co-hosts because each and everyone is actively involved in a protest, political or social cause that is very dear to them. In the new season of “The View” no cause holds more weight or more value. They are all equally important.

“Knowing that I’ll be in the company of Whoopi, Rosie and Nicolle, three very smart and engaging women that I have an immense amount of respect for, makes it even more unbelievable. The opportunity to connect with our nation’s audience on a daily basis… icing on the cake! Very happy,” said Perez.

Executive producer, Bill Wolff pays no mind to belligerent comments made by few TV viewers comparing Rosie Perez’s voice to nails scratching a chalkboard. He stated, “These are powerful and accomplished women from different walks of life who have had amazing personal and professional experiences. Each brings incredible perspective and information to the table.”

Mourning The Loss Of An Entertainment Legend, JOAN RIVERS R.I.P. (1933-2014)
“The Cruising Monologues” at The Nuyorican Poets Cafe September 10
Translate »
%d bloggers like this: