SANTAYE ENJOYING THE RIDE, THE SECOND TIME AROUND

SANTAYE ENJOYING THE RIDE, THE SECOND TIME AROUND 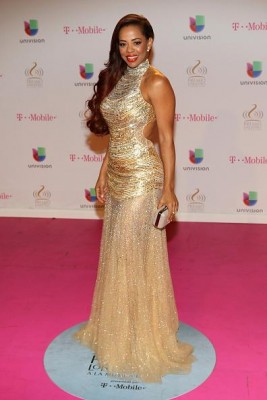 Its the red carpet preceeding the latest edition of the “Premio Lo Nuestro” Awards. A young lady, dressed elegantly, was getting noticed and the attention she received was quite a contrast from her previous appearance at these same awards in 2012. Her name is Santaye and the latest point of reference for a career on the upswing was her nomination for “Tropical Female Artist of the Year.” Though she lost out to Olga Tanon, she has come a long way in five years.

“I don’t get desperate. I put things in the hands of God.”

“One moment life can change, its only one moment.”

she says in a low tone. 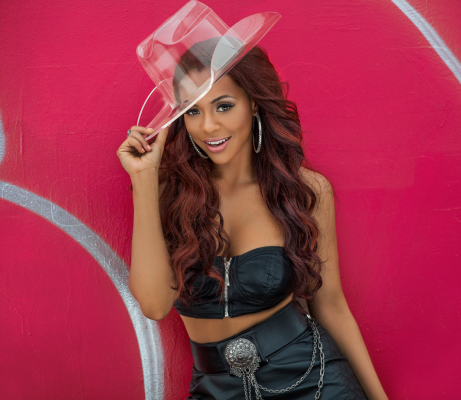 The Bali, Dominican Republic native, a place of creative personalities, went from college graduate to looking to New York to prove a point to people around, even family. So with a songbook of lyrics and a dream, Santaye made her move.

“I have eight brothers, very competitive.”

“But when I came here, alone, I put it out there that I am going to prove to everyone I can do this.”

The results was an album that highlighted a rare mix of Bachata in both Spanish and English. It placed her on the map but only locally. But soon she assembled the right team and while in Miami, is working on her second album, which is a polar opposite of her first effort.

“My mood on the first was more feeling, more personal.”

“This one has more modern sounds. I risked myself more as a musician. You can feel its me, writing lyrics people can engage in for years.’

Santaye admitted the new project was a surprise even to herself. But one thing she will not fiddle with is her soul. Refusing to limit herself yet holding to her faith, Santaye has a passionate opinion concerning changing too much.

“I’m consistent in my music, presenting the same face of music, this is important.”

“Everything else can change, but the music, has to be modern, go with the times. but the face. you can never change.”

“This is the first time I’m doing some real traveling.”

“I love visiting countries just to learn languages. On my computer I have Mandarin, Portuguese, French, and English, though I have to think a lot, I can do it better than French.”

But Santaye is going to find it difficult to find the time. The reason is her increased demand on her time. But she recalls not so long ago when she found her moment, like being named “Artist of the Future” two years running by the Grammy Committee.

“That was another checkpoint in my career which was really important.”

“The attention, this is all for me, letting me know know things are going in the right direction.”

And indeed, like her music, its flying off into a stratosphere of its own.