Shakira Will Give Birth Today

Shakira Will Give Birth Today 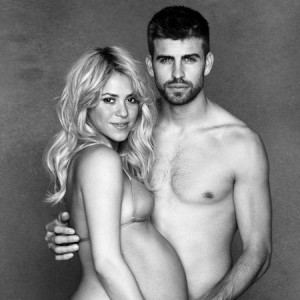 Shakira will be meeting her son any second today!

On their site, Latina posted, “According to various Spanish sources, the Columbian singer will undergo a cesarean section. El Pais is reporting that everything in the Teknon clinic in Barcelona is ready to take care of Shakira. She is due any moment now.”

The star has chosen to follow in the footsteps of prior famous moms and give her child a unique name, Biel. The star’s entire pregnancy has been followed closely in the media from the moment she revealed that she was with child.

Baby Biel will be surrounded by females in his first few moments out of the womb. According to a source, no men, besides husband Gerard Pique, are allowed in the delivery room. The singer opted for a completely female staff and had them sign confidentiality agreements.

Considering his and Shakira’s loyal fans, Pique stated he would be posting a picture of the newborn as soon as he sees his face.

Good luck to the couple!