Sofia Vergara Has a New Job

Sofia Vergara Has a New Job 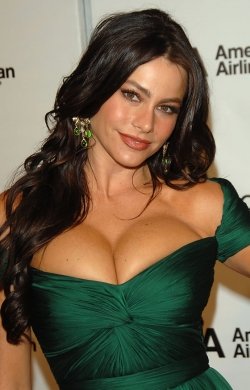 The Columbian Beauty Sofia Vergara has been selected to play the sexy madame in Robert Rodriguez’s all-star-cast film, “Machete Kills.” The sequel to the original “Machete.” Sofia will be joint the star studded cast with Mel Gibson, Jessica Alba, Michelle Rodriguez, and Mexican Actor Demian Bichir. Production starts this month, the plot for the second film will have Trejo recruited by the U.S. Government to crack down on one of the biggest cartel leaders, played by Mel Gibson. Word is that the fans can’t wait to the Stunning Latina Sofia dressed in leather playing the naughty Madame Desdemona. The Madame may be sexy but she is also has valuable pieces of information that Machete is looking for. Ms Vergara has been doing a lot of things with her career lately with her fashion collection launched in Kmart last fall, she has been nominated for two Primetime Emmy Awards Emmy as “Best supporting Actress in a Musical or Comedy Series” for her role in “Modern Family.” The series was also nominated two Golden Globe Awards and three Screen Actor Guild Awards. She was chosen as one of this year’s face’s to watch by New York Times. She looks like Latina of the year if you ask me.