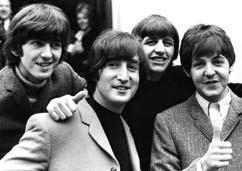 Moses Avalon is a regular columnist for EQ, ALARM, & other industry magazines. His blog, MOSES SUPPOSES, reaches over 13,000 direct subscribers and approximately 100,000 readers though
syndication. He has appeared on Cour tTV, MSNBC, CNN Money Line, Bill O’Reilly and other national TV shows. Article reprinted with permission.
I’m usually the guy who’s very bullish on the condition of the music business, but this is one story even I cannot spin upward.
To save the beleaguered major label, EMI, its owner, Guy Hands, has about a month to come up with about $150 Million to satisfy payroll and debts. In real estate terms, Hands is upside down on his house. He now owes more than he can sell the company for and his bank, Citigroup, is forcing him to foreclose rather than give him the chance to save the label that controls such classic catalogs as the Beatles.
Knowing he can not find a buyer or come up with the money, Citigroup’s unofficial but rather obvious plan is to foreclose, at which point they get their hands on the super valuable catalogs for dimes on the dollar.
Normally, when companies this size are in trouble their creditors help out by restructuring the loans. But not here. In this case Citigroup, has bitch-slapped Hands and all but said, let it burn. When your own investors want you to fail, there is little hope of survival.

Historic music in the hands of bankers. Hands, a former banker himself, experienced in bond trading, wants to chop up the company now, but, under the terms of his loan, Citigroup has final say and they say “no,” unless Hands can write the $150 Million check himself.
This is what happens when bankers try to screw other bankers. Lawsuits of “bad faith” are pending.

Some inside sources leaked to me that Hands has a failsafe plan; that all the money he needs has already been raised through his private phone book. So far, however, there is no sign of hope. In the past several months EMI has played shuffle the cards with key executive positions, hoping to revitalize the morale at the world’s smallest “major label.”

How did this happen to such a giant?

TO SEE THE REST OF THIS ARTICLE, SUBSCRIBE NOW!

Come for the Beaches…Stay for the Breast Implants?
Paolo Javier: New Poet Laureate
Translate »
%d bloggers like this: