The Aftermath of the Trump vs. Hillary Debate

The Aftermath of the Trump vs. Hillary Debate 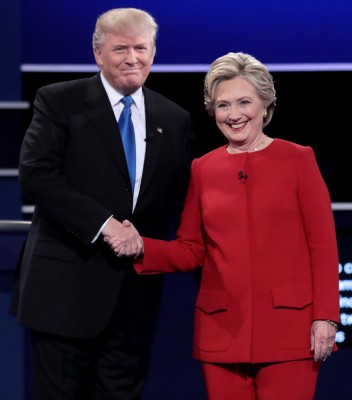 Hillary Clinton and Donald Trump are currently just about tied in the 2016 presidential race and Monday, September 26th, their first presidential debate was held at Hofstra University in Long Island. It was scheduled to last for 90 minutes with the moderator, Lester Holt of NBC News, planned to have three 30-minute segments to focus on one issue each: America’s prosperity, America’s direction, and America’s security. Timing didn’t go exactly as planned, as in a real world nothing ever does, but much better planned than any of Trump’s speeches.

They both agreed on very little, which was to be expected, but Clinton managed to ruffle Trump’s feathers a bit. One statement she made was about former Miss Universe Alicia Machado of Venezuela, who recently became a US citizen. She called Trump out on his comments about Machado, such as the “Miss Housekeeping” name-calling because of her Hispanic heritage and the “Miss Piggy” comments because Machado had gained a little bit of weight since winning her crown in 1996. He seemed to give no empathy for the woman Clinton mention he body-shamed and humiliated 20 years ago.

I’m sure many viewers were hoping that they would stick to the issues at hand, which this debate did for the most part, but Clinton did bring up Trump’s business shortcomings, which he managed to squeeze in “that makes me smart” when she accused him of not paying federal taxes in connection with his failed Atlantic City casinos. But, not surprisingly, Trump didn’t give much detail, if at all, on his policy stance for the issues that were for discussion that night.

So who won? Depends on who you ask. As of Tuesday morning, #TrumpWon was trending on Twitter but no longer is as of this writing (¡gracias a Dios!). Either way, make sure you vote. Tuesday, Sept 27th is Voter Registration Day and if you haven’t noticed, various social media sites have been assisting their users to register, if they haven’t already, such as Facebook. Cleverly using this hashtag, actor Misha Collins eloquently tweeted: “Let’s make sure #TrumpWon is something we laugh about, not a nightmare we have to live with. Register to #vote! Vote.gov”