The Loisaida Fest Transformed the Lower East Side!

The Loisaida Fest Transformed the Lower East Side!

Memorial Day Weekend oozed Puerto Rican and Latino with the 2014 Loisaida Festival edition that transformed the Lower East Side’s Loisaida into a celebration of art, culture, and community. From May 23rd to May 25th, #LoisaidaFest celebrated Latino historical and contemporary contributions to downtown, bridging cultural and generational divides.

On Saturday, May 24, The Production of Nabe: Loisaida’s land-use and environmental activism, past and present took place at the New Loisaida Center, 710 E 9th Street. The afternoon opened with a screening of three vintage documentaries about Loisaida’s sweat equity, community garden and environmental initiatives in the 70s followed by the oral narratives of old-time activists and players from Loisaida’s urban appropriation movement. The event concluded with a presentation of the Festival’s resident artists—Papel Machete—on their work with Loisaida residents in the creation of a music, visual art and narrative piece about the stories of community struggle and resistance in the neighborhood. Throughout, the day made clear that the DIY spirit the Lower East Side has come to be known for can be traced back to Loisaida, its people and their struggles. 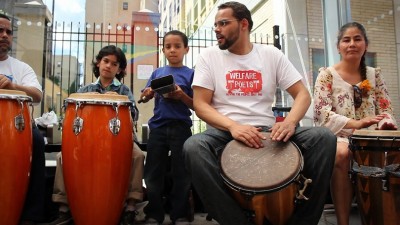 On Sunday, May 25th, Loisaida Inc. celebrated the 27th Annual Loisaida Festival, held from 6th to 12th Streets in the Avenue C commercial corridor from 12:00pm to 5:00pm. Puerto Rican and Latino cultures came to life on this day through music, cuisine and arts. Emceed by Ismael Cruz Córdova of the “The Good Wife” and “Sesame Street,” and Nicole Betancourt of Steven Soderbergh’s “The Argentine,” the Festival’s Main Stage offered a diverse musical lineup: The Afro-Caribbean-meets New York City bomba and plena rhythms of Los Pleneros de La 21, the nostalgic big band revival of Rafael Hernandez’ greatest hits by Teatro Sea’s Romance, the alternative Latino-Jamaican grooves of award winning Puerto Rican singer Mimi Maura, and the jazzy and baroque arrangements of Flor de Toloache, the first all-woman mariachi in NYC, and the old-school salsa brava of the legendary Henry Fiol, a Loisaida neighbor for the first time performing on its stage. 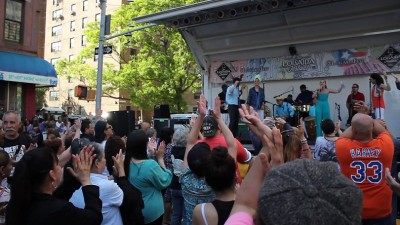 The Festival featured a revamped culinary experience with an array of delicious home-made ethnic cuisines that included Puerto Rican and Latino staples and incorporated local businesses joining the festival for the first time such as El Castillo de Jagua, Rayuela, Macondo, and Pushcart Coffee, amongst many others. 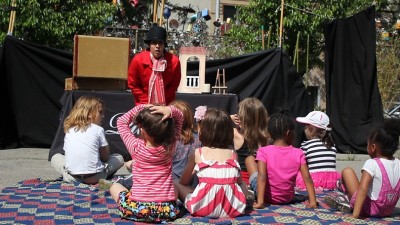 The three day Loisaida Fest curated by urban anthropologist Libertad Guerra marked the beginning of a new and transformed festival committed to building and fostering culture, channeling the resilience and character of the neighborhood in a contemporary way.

Buy your Car in a Vending Machine! (FOR REAL)
The Obamas Land A Gigantic Production Deal with Netflix
Translate »
%d bloggers like this: