Top 5 Songs by Latinos in the Billboard Top 100

Top 5 Songs by Latinos in the Billboard Top 100 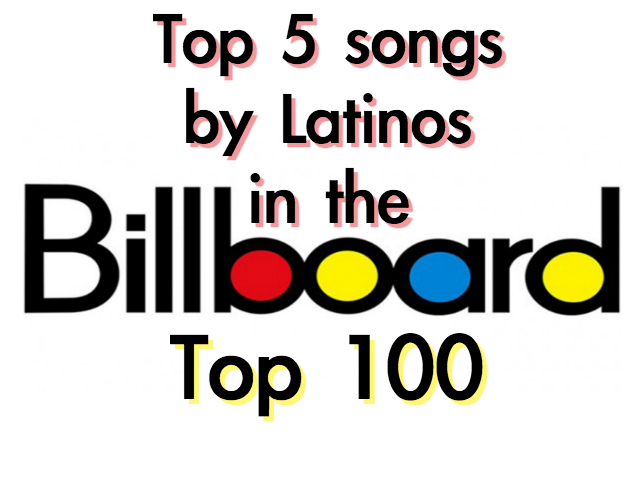 1) Uptown by Mark Ronson featuring Bruno Mars
Ok, I know that Mark Ronson isn’t Latino or Hispanic but Bruno Mars, whose last name is Hernandez from his Puerto Rican father, is a proud Latino.

2) Love me Harder by Ariana Grande
The soulful Dominican princess is on top of the music world with big hits. We’ll soon see how many hits Grande can squeeze into this top five

3) The Hearts Wants What It Wants by Selena Gomez
The actress turned singer has captivated many with her voice. Gomez is of Mexican descent from her father’s side.

4) Bang Bang by Jessie J featuring Ariana Grande and Nicki Minaj
When you want to make a “bang” out of a song, featuring Nicki and Ariana is the perfect recipe.

5) Santa Tell Me by Ariana Grande
You know Ariana is doing something right when she has over 7 million views for a holiday song.