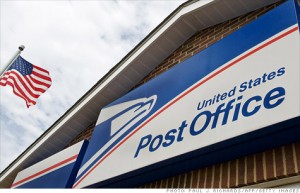 What would you say to being able to pay your bills, cash your checks, or even take out small loans at your local U.S. Postal Office?

If this thought is appealing to you, you are not alone.

According to recent polls there are many Americans who have shown support for the U.S. Postal Service expanding into basic banking and financial services.

In a joint poll-taking venture Huffington Post and YouGov, an international internet-based market research firm, conducted a poll amongst 1,000 American adults who took the poll. Amongst the 1,000, a sample was selected by the YouGov’s opt-in online panel which then matched the demographics and other characteristics of the adult American population to find out whether the change in the U.S. Postal Service would be favorable.

The proposed idea to include banking and financial services to the independent agency of the federal government was explored in a report by the Postal Service Inspector General and has received backing from Democrat Senator Elizabeth Warren of Massachusetts.

In the poll taken late last week, the findings showed that 44% of Americans favored the idea of the Postal Services offering basic banking and financial services. However, 37% of Americans opposed the idea while there was 19% of undecided poll-takers.

Another interesting fact the poll managed to show was how Americans have a favorable opinion regarding the expansion of Postal Services to include banking and financial services, but do not have a favorable opinion towards banks, check cashers, or payday lenders. While there is promising view in the potential to add onto the current U.S. Postal Service, the views do not necessarily mean people would use them.

In an article about this change in the New York Times, there is an estimated 88 million people—which is about 28%—in the American population who do not have a bank account, or do have a bank account but rely on such businesses like check cashiers, payday lenders, or even pawnshops to aid them in their financial needs. While these businesses are there to help in a quick fix, these lenders charge much more for their services than the banks do themselves.

The proposed idea is still just that, an idea. And while there is sure to be some cons to it there is some appealing pros. The venture into banking and financial services by the U.S. Postal Services would allow citizens of low-income background gain a sense of self and begin the process of trying to raise out of their economic status which the banks probably would not do considering their low status.

Civilians in low-income neighborhoods where there are more check cashiers and pawnshops could gain a uplift if the Post Offices that are there can aid people in their banking and financial endeavors. We will have to wait and see whether this idea, because a course of action.

Parade Limbo: No Puerto Rican Day Parade for New York City?
The Venezuelan Blame Game: Protest turns violent but who is to blame?
Translate »
%d bloggers like this: