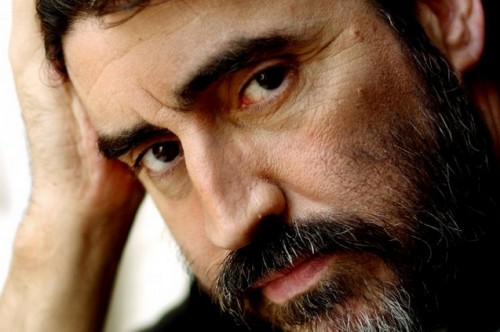 Alfred Molina is one of Britain’s most renowned and diverse characters actors of the stage, small screen and cinema. Molina’s starred in everything from big blockbusters like “Spider-Man 2” to the biopic “Frida.”Also, he has done voiceover work for 23 characters in film, television and video games.

Before he got the acting bug he was the son of immigrant working class parents from Italy and Spain. To support his pursuit of acting he lived off of welfare checks, had odd jobs and busked as a stand-up comedian until he was accepted into the Royal Shakespeare Company in 1977.

Molina’s fluency of English, Spanish and Italian and his southern European heritage has allowed him to play a wide range of characters of over a dozen ethnicities. He’s played an uptight French mayor in “Chocolat” and a traitorous Peruvian tour guide in his film debut, “Raiders of the Lost Ark.”

“My parents were immigrants to England, and I grew up in a working-class neighborhood in London that was full of other immigrant families from all over Europe, the West Indies, [and] Africa. When I went to school, all the kids were first-generation born in England,” said Molina.

Although he has played a villain in many roles, outside his costume Molina is a staunch advocate of immigration rights, AIDS research and Alzheimer’s care. His wife of almost 30 years suffers from Alzheimer. He currently has a film in post-production (Remember Isobel) that will benefit Alzheimer research.

“She doesn’t always recognize me. She did when I visited yesterday. You see flashes of the old person. That’s the heartbreaking part. You see those moments. You long for them. But they come less and less,” said Molina.

“Everything’s connected, one way or the other” in the first trailer for Three Pines. Adapted from Louise Penny’s New York Times best-selling Chief Inspector Gamache series, the eight-episode, one-hour drama series is set in the small Québécois town of Three Pines.

Spider-Man star and Emmy nominee Alfred Molina portrays Chief Inspector Armand Gamache as he investigates cases that happen beneath the idyllic surface of the Quebec village, finding long-buried secrets — and facing a few of his own ghosts. Amazon Prime Video  has released the first Three Pines trailer, which you can watch below.

“The empathetic and astute Chief Inspector Gamache is tasked with solving a number of mysterious and perplexing murders in the strange but beguiling village of Three Pines,

“Despite the cold welcome, Gamache can’t help but find himself strangely drawn to this unusual place and its eccentric residents, including the owners of the Bistro, Gabri (Pierre Simpson) and Olivier (Frédéric-Antoine Guimond), along with other locals.

The deeper Gamache delves into the secret lives of these people who have found sanctuary from the outside world in Three Pines, the more it affects him.”